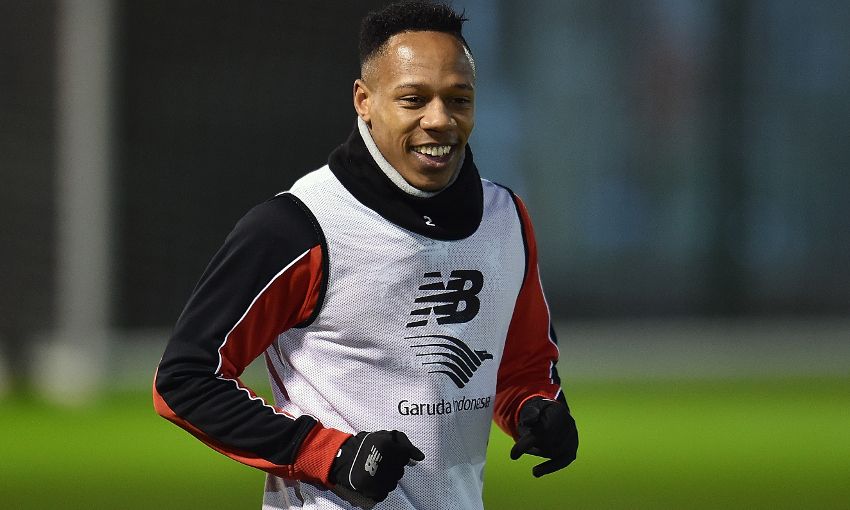 Nathaniel Clyne says games such as Liverpool's double-header against Manchester United in the last-16 of the Europa League are the reason he decided the move to Anfield last summer.

The right-back will hope to return to the starting XI when the Reds face Louis van Gaal's men in the first leg of a mouthwatering knockout tie at Anfield on Thursday evening.

It is the first time the two most successful clubs in the history of English football have met in European competition and so the stakes have been upped significantly - a fact that is likely to be reflected in the atmosphere in both legs.

But Clyne isn't intimidated by the prospect of featuring in such a momentous occasion, and is relishing the opportunity to show what he can do on the biggest stage.

"This is why I signed for such a big club, to look forward to nights like this," he told Liverpoolfc.com.

"I’m looking forward to it, I relish it, and hopefully we’ll complete the job that’s there for us.

"It’ll be good for the fans if we can beat our rivals in Europe, that’s what we’re looking to do and hopefully we will."

Liverpool were defeated both home and away by their old rivals in the Barclays Premier League this season, with the smash-and-grab nature of United's win at Anfield proving particularly hard to take for Jürgen Klopp's team.

With that in mind, Clyne is hopeful of putting things right this time around, and believes he and his teammates have learned from their experiences earlier in the campaign.

"Everyone’s excited. Everyone loves to play European football so it’s going to be exciting up against our rivals United," he added.

"I think we owe them from the Premier League games, which we probably should have got more out of.

"But we have time now to put things right and [make sure we] progress through the cup.

"We’ve [learned to] just keep fighting to the end. We know we can create chances and if we’re solid in defence we can stop their attack.

"Hopefully we can get the goals and get a good result going into the second leg [it’ll help us] push through to the next round."

The No.2 is keen to make the most of home advantage in the first leg by attacking United and putting them on the back foot but accepts that avoiding the concession of an away goal could be decisive.

"We need to take it to them, especially in the first leg when we’re at home," he explained.

"Try and get some goals [but also] keep a clean sheet, which is the most important thing.

"We don’t want them to get an away goal, and that’s what we want to try and do."