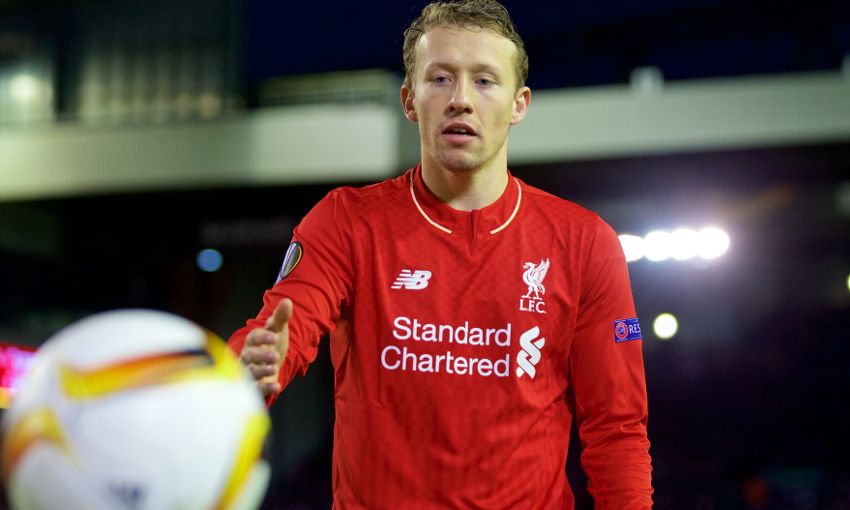 Jürgen Klopp has confirmed Lucas Leiva will be out for around 'five or six weeks' after suffering a quad injury during the penalty shootout in the Capital One Cup final.

The Brazilian was carrying a knock when he stepped up to take Liverpool’s second kick at Wembley last Sunday and exacerbated the issue as he struck from 12 yards.

“I’ve never heard about an injury you get like this, from a penalty, but it was only because he was a little bit injured before.

“He didn’t feel too much but after the shot it was done. [It’s a] quad – I don’t know exactly but five or six weeks [out], not too good.”

There was positive news on defender Mamadou Sakho, though, who has returned to training after being forced off during the final against Manchester City due to a clash of heads with Emre Can.

Klopp said: “Mama did a little bit today for the first time, but we didn’t really do a lot because it was the second day after a game.

“The only session we have is tomorrow and we have to see how he is then, but today was the first day he did a little bit more.