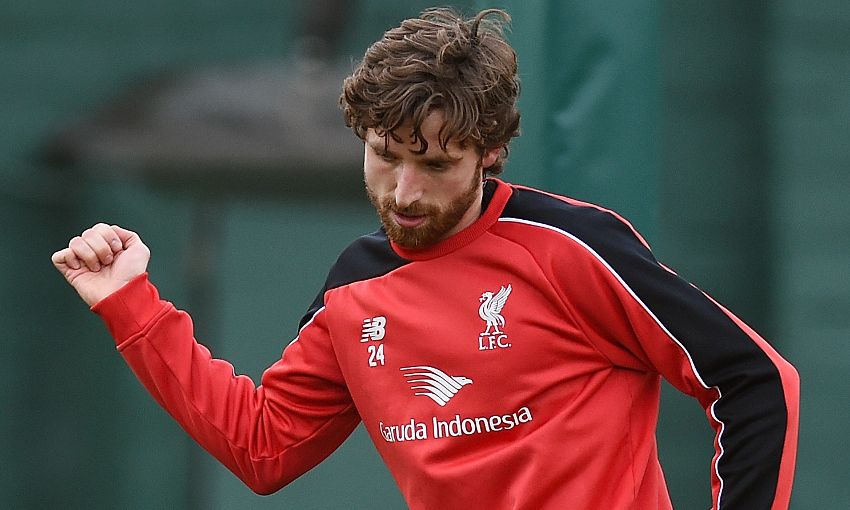 Jürgen Klopp today revealed Joe Allen is facing a spell on the sidelines with a muscle injury and confirmed Dejan Lovren will miss Sunday’s trip to Aston Villa – but there was better news elsewhere in the fitness stakes for Liverpool.

The pair picked up knocks in the first half of last weekend’s 2-2 draw with Sunderland at Anfield that required them both to be substituted before the interval.

However, while Lovren’s issue isn’t thought to be too serious, with the centre-back pencilled in for a return ahead of next week's fixture with Augsburg, Allen will require a period on the treatment table.

In more positive news, Steven Caulker is available again for the clash at Villa Park after a back problem, while Martin Skrtel has resumed outdoor training following a hamstring complaint.

Speaking to journalists at his pre-match press conference, Klopp said: “Joe unfortunately is out for a while. I think he is a good example: he was in a good way - a really good way - and we tried to manage playing time after his injury when I came here.

“Then he was in good shape, got a little knock on the shoulder, played against Sunderland and I think in the perfect moment of his shape, the muscle stops. Not because of intensity, only because this is how it is.

“In an ideal world you have a long-term pre-season, then play without injuries and nothing will happen. But I think we have to wait a little bit for him, it’s a muscle thing.”

Offering an update on his defensive ranks for the clash with Villa, Klopp continued: “[Lovren won’t be fit] for Aston Villa but hopefully for the next game. It’s not a big thing, it’s more about a strange feeling in the muscle.

“It’s the same – he was injured and pushed back. It’s not a real serious thing, but for Aston Villa he has no opportunity.

“Martin Skrtel is back on the pitch outside, but needs his time. Steven had a back problem before the West Ham game. After West Ham he was still in rehab, but yesterday he trained normal so he is available.”

Further forward on the pitch, Liverpool’s options were significantly bolstered in midweek by the returns to action of attacking triumvirate Daniel Sturridge, Philippe Coutinho and Divock Origi against West Ham United.

Coutinho was handed a starting berth at the Boleyn Ground, while Sturridge and Origi entered the contest just before the hour mark and featured in the additional 30 minutes of extra-time.

While delighted to be able to call upon their services once more, Klopp was eager to stress Liverpool must err on the side of caution with their gradual integrations back into the fold.

He said: “Of course, it’s very important [that they’re back]. If you are really interested in us then you see the situation in the squad is difficult in the case that a few players had a lot of games, maybe too many, and a few players had injuries.

“When you come back it is completely normal that you don’t come back in your best shape, your 100 per cent best career shape, so you need to come in. It’s not that now they have come back we will bring them all together and see how far they can go.

“The positive view on the situation is that they are back – that’s really good – but they have to manage the minutes, that’s how it is.

“Phil, because he played a little bit less – it was 55 minutes at West Ham – has had the normal sessions with the team that didn’t play, but all of them are in a good way and for us it’s great news.”

Asked specifically about Sturridge, who figured for the first time since December 6 and for only the seventh time so far this season, Klopp confirmed the striker was in contention for another run out against Villa.

The boss said: “He played around about 70 minutes at West Ham, so he had normal recovery afterwards in training. With less minutes he could have trained a little bit more, but he was involved in all the things with the players who played the full time against West Ham, like Divock Origi too.

“So it was good, he feels good and I have heard nothing else. Of course, we have to think about how we can manage the minutes and things like this, but he has made a big step in the last week.

“That’s good, but up to now I’ve made no final decisions on the starting line-up or things like this. Until now, everything is like it should be.”

Elsewhere on the injury front, Jordan Rossiter is continuing his rehabilitation programme from a hamstring problem, but Cameron Brannagan is back in training after illness.

Klopp said: “Jordan is still not in team training, so that needs time.

“With Cameron Brannagan, the young boys like Pedro [Chirivella] and Cameron are sometimes ill like kids are!

“He was ill for one week and when I saw him before the West Ham game, I’m not sure but I think he’d lost two or three kilos and he doesn’t have many, so it was not too good!

“He’s back but I think we have to feed him for a few days and then he’ll be available!”