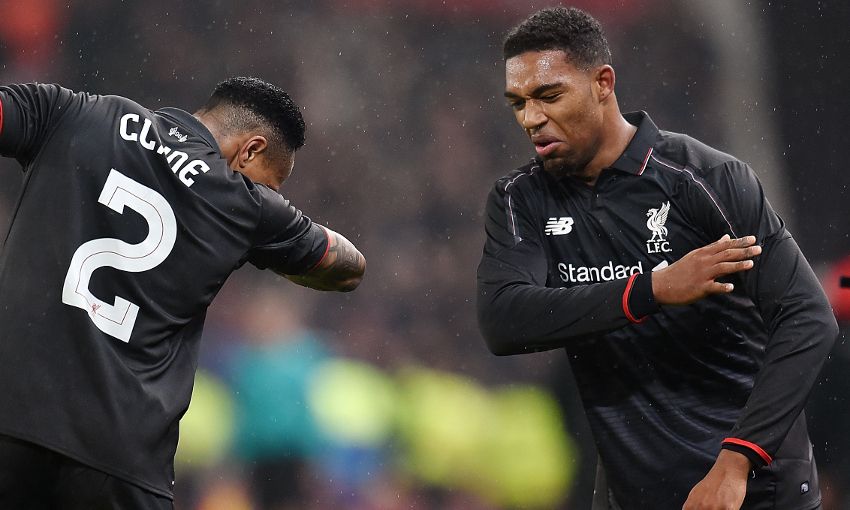 Jordon Ibe was full of praise for a gritty Liverpool performance after his goal secured a 1-0 victory over Stoke City that keeps the Reds' dreams of reaching Wembley alive.

The winger, who replaced the injured Philippe Coutinho early on, fired in from close range in the 37th minute of the Capital One Cup semi-final first-leg clash to secure a one-goal aggregate lead for Jürgen Klopp's team.

The visitors were made to work for the result, with Ibe required to do plenty of defending to ensure his side emerged with their advantage in attack.

But he was pleased to do so, and told Liverpoolfc.com: “I'm delighted to get a goal but overall I'm just happy with the team getting the result in such a big game.

“It seems as if we're so close so we just need to finish it off at Anfield and hopefully our dreams can come true at Wembley.

“It was very difficult, especially for me, there was a lot of defending asked of me. But I'm just glad we ground it out until the 90th minute.

“We needed to get a result after the West Ham game and [we knew] the importance of this game so we just need to continue and take it into the game on Friday as well.”

Liverpool's defensive steel was put to the test as the Potters pushed for an equaliser, but they came through unscathed thanks to a great team effort.

Ibe singled out Lucas Leiva, who moved back to fill in for the injured Dejan Lovren during the game, and Kolo Toure for their display during the victory.

He added: “The manager has always told us in the first 15 minutes we need to be playing well and defending corners and free kicks because that's when we've been conceding goals.

"[Lucas] played well, especially with Kolo [Toure] as well in dealing with the tall players up front. The whole defence played well and I'm pleased with how Lucas played.”