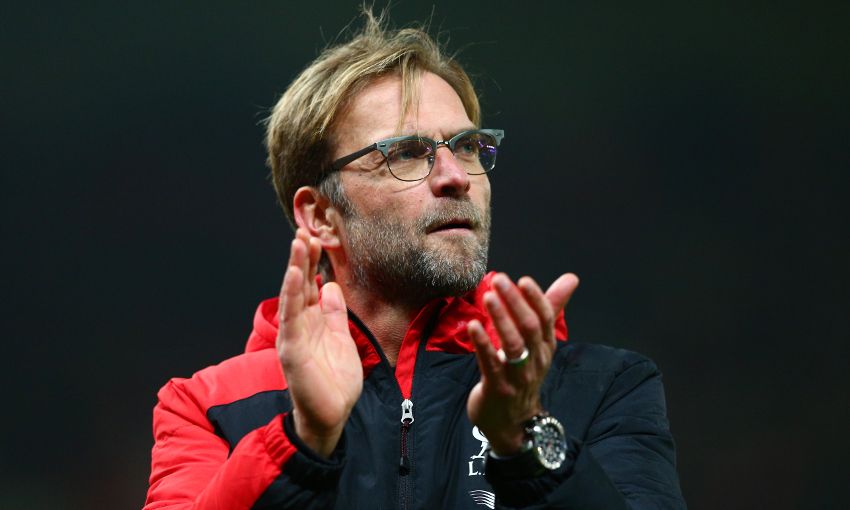 Jürgen Klopp acknowledged his emotions were bittersweet in the aftermath of Liverpool’s 1-0 Capital One Cup semi-final, first-leg victory over Stoke City on Tuesday night – a game in which three of his players sustained injuries.

The Reds firstly lost Philippe Coutinho and then Dejan Lovren to what appeared to be hamstring problems after just over half an hour at the Britannia Stadium, before Kolo Toure also picked up a knock in the closing stages.

And though Jordon Ibe struck the contest's only goal before half-time to give Klopp’s side what could prove to be a crucial advantage ahead of the second leg at Anfield on January 26, the manager admitted the injuries had taken the gloss off a fine night’s work from his team.

He told his post-match press conference: “If we’d scored one or two goals more then maybe [it would have been perfect]. In this part of the season after the last game, it is always easy to criticise things – you can say we have to make this better, or make that better.

“But as a football game with our start, how we continued, how we stood in the game and how we defended first the playing build-up of Stoke, then the long balls, and how smart we were in defensive things, with pressing, coming out and moving - it was really good.

“But it’s a big, big shadow for us over the game that we cannot ignore – we have two injuries [Coutinho and Lovren] and I honestly don’t know how serious they are. They did not look too good and so we have to wait.

Klopp continued: “It is like it is and we’ll have to see what we can do after this game. It’s a little bit of a strange feeling – on one side it’s very, very good because we won the game and played well, the players fought brilliantly.

“I was really angry a few days ago, but tonight I am proud because the reaction was great and it was such a difficult game in all parts. But, two injuries – that’s not good.”

While Klopp was unsure how long Liverpool could expect to be without Coutinho and Lovren, he confirmed Toure suspected his issue was cramp.

The Ivorian was drafted into the starting line-up in place of Mamadou Sakho, who the boss explained was still feeling the impact of a heavy challenge received at Sunderland last week and was unlikely to be ready to face Exeter City on Friday night.

“[Kolo’s performance was] perfect. The best situation was the one just before he had cramp when he blocked the ball,” said Klopp when asked about Toure's commanding display.

“Kolo played outstanding tonight and was really good for us, but we'll see if he can play the next game.”