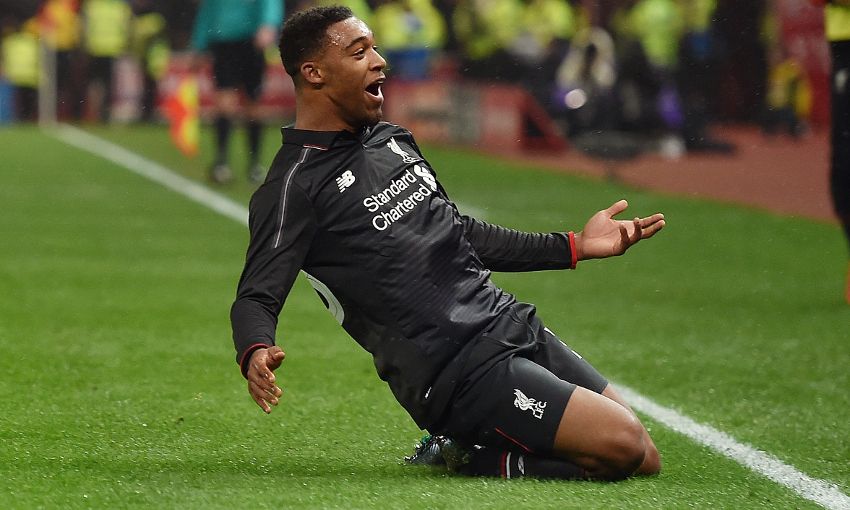 Liverpool took a step towards Wembley as they secured a 1-0 victory over Stoke City in an absorbing Capital One Cup semi-final, first-leg tie at the Britannia Stadium on Tuesday night.

The Reds, who lost Philippe Coutinho and Dejan Lovren to injury inside the opening half, deservedly took the lead when substitute Jordon Ibe fired home from close range on 37 minutes after Adam Lallana’s low centre fell for him.

It proved to be the only goal of the contest, but was just rewards for the efforts of Jürgen Klopp’s side, who ensured they’ll take an advantage into the second leg at Anfield on January 26.

Liverpool made three changes to the side that started Saturday’s defeat to West Ham United, most notably with Kolo Toure replacing Mamadou Sakho in defence due to a knock.

There were also berths for Lallana and Joe Allen, with Christian Benteke and Ibe named on the bench.

The Reds went into the contest aiming to bounce back following their disappointment at the Boleyn Ground last time out.

And there were just 30 seconds on the clock when Roberto Firmino collected a loose ball and drilled goalwards from range, forcing Jack Butland into an early stop.

Indeed, the Reds made a hugely encouraging, dynamic start as they pinned their hosts back in the early stages, forcing an early flurry of corners and applying heavy pressure from the off.

Butland was needed at full stretch again on eight minutes, repelling a long-range punt from Lallana as the visitors looked to capitalise on their opening.

However, their game plan sustained a huge blow with 18 minutes played as Philippe Coutinho – involved heavily early on – limped off to be replaced by Ibe after pulling up clutching the back of his left leg following an attempted cross.

Still, they retained the impetus – although Stoke may have been celebrating had Bojan not completely mis-kicked when picked out by Xherdan Shaqiri’s low corner.

But the injury situation worsened just after the half-hour when Dejan Lovren was next to hobble off with a knock. James Milner replaced the Croatia centre-back, with Lucas dropping into defence.

Nevertheless, Liverpool’s start was deservedly rewarded eight minutes before the break when Ibe fired them into the lead.

Milner’s pass released Lallana scampering into space down the right. His cross into the box found Ibe, via Allen, and the substitute did the rest, drilling across Butland and into the bottom corner.

Stoke could have instantly restored parity when Marko Arnautovic headed wide from Glen Johnson’s cross, while Ibe had another opportunity soon after but this time fired wide.

Then, in first-half stoppage time, a half-cleared Stoke corner fell invitingly for ex-Red Johnson, whose snap-volley was beaten away by Simon Mignolet to ensure Liverpool’s lead remained intact heading into half-time.

The Potters began the second period with renewed vigour, but Liverpool retained a threat on the break – and just before the hour, Firmino prodded over the crossbar from Ibe’s low pass across the edge of the area.

The Brazilian forward tried his luck again shortly after, this time cracking wide of the near post with a left-footer before Milner had a shot cleared away from the goal line by Philipp Wollscheid.

Then, on 68 minutes, a flick from Firmino allowed Ibe to burst into space in the area, who twisted and turned before smacking the ball into the side netting.

Moments later, another nervy moment for Mark Hughes’ side ensued as Butland’s attempted clearance from Ryan Shawcross’ back pass cannoned against Firmino and almost looped over his head into the net, but the goalkeeper was able to gather.

At the other end, Mignolet was required to push Joselu’s strike over the bar after it headed goalwards following a deflection off Nathaniel Clyne.

As the game ticked towards its conclusion, Stoke applied heavy pressure onto the visitors’ goal, but Liverpool’s makeshift backline - now featuring Can alongside Lucas due to an injury picked up by Toure - remained resolute to clinch what could prove to be a vital victory in the quest for silverware this season.