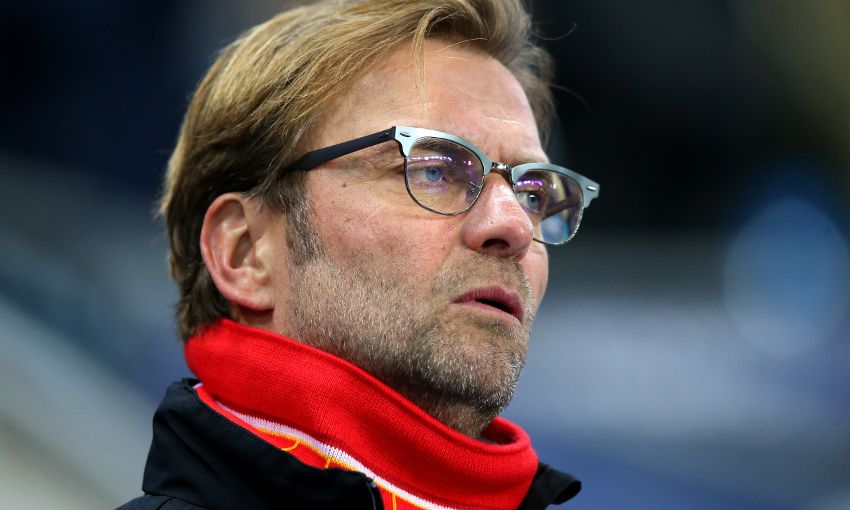 Jürgen Klopp has insisted further hard work and a growing belief will help Liverpool to grind out more results in the future when things aren't going their way.

The Reds were made to battle for the three points as they defeated Sunderland 1-0 at the Stadium of Light on Wednesday in the Barclays Premier League, with Christian Benteke's goal and a dogged defensive performance securing the victory.

Klopp was pleased to see his men fight for the win when met with obstinate opposition, and believes that bodes well for their development as a team.

Speaking at his pre-match press conference ahead of the trip to West Ham United, he said: “It’s always a test and we always have to be prepared to get good grades in the tests we have. We need points, that’s clear.

“But first of all, you have to fight for the result and that’s the biggest change in the last two games. Until then, we won our really good games where we were really good but we were average when we lost. That’s not how it should be if you want consistent results.

“We took these points, very important points, in a very difficult game. That’s very important. We defended well and we had opportunities.

“You can always make your life easier in games like [Sunderland] when you take one of your first opportunities. I think the biggest opportunity for us came when Phil [Coutinho] played a pass to Roberto [Firmino] in the box and he couldn’t save the ball.

"It was one touch and the second touch was with the knee. If he could control this ball it was a big, big chance and you can make an early goal in this game.

“For us it could make life easier but if you don’t do this you have to work, defend and to switch [the play], speed up, slow down - all the things for the special moment [when you score]. So it’s very important in games like this that you win. It’s important for us that we don’t wait for the perfect day but that we work for the perfect day.

“If you always are prepared for a difficult game, sometimes you will find an easy game. But if you are always waiting for the easy game, you will never find it. That’s an old football rule and yesterday we worked again for it and for us it’s very important."

Benteke was once again the match-winner thanks to an instinctive finish inside the box, and the boss has been pleased with his No.9's contribution in recent outings.

He added: “When I spoke to Christian after the game, he made the deciding goal in this and that’s the best thing a striker can do. But he can play better and that’s for everybody.

“Christian was there again for the decisive moment and could have scored the second goal. Everybody saw and it’s not usual that you have two situations like this in four days [Leicester and Sunderland], so it’s normal that you are not free at the moment when you think about it.

"It’s too long to run [at goal] and you think about the last situation, he tried to do something different. Last time [he went for the] left side and this time the right side, both times [it was the] wrong side.