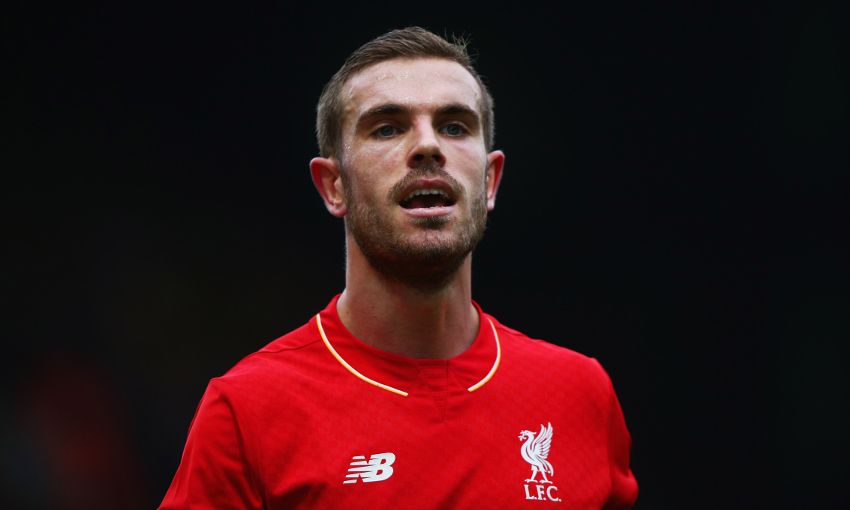 Jordan Henderson has called for Liverpool to show their 'toughness' once again when they face Sunderland at the Stadium of Light this evening.

The Reds ended a four-game winless run as they defeated Barclays Premier League leaders Leicester City 1-0 at Anfield on Boxing Day, becoming the first side to prevent Claudio Ranieri's team from scoring this season in the process.

The captain believes that fact is down to the grit shown by his teammates throughout the 90 minutes, and says a repeat performance on Wearside is necessary in the pursuit of another three points.

"Against Leicester we fought from the start right to the end and that is what got us the three points," he said.

"It’s that toughness you need in the game and then you build from that. With the quality you have got in the team you are then going to get chances and score."

Henderson acknowledges, though, that steel alone is not always enough to win football matches - Jürgen Klopp's team must show plenty of guile as well.

And he explained that the biggest difference between the win over the Foxes and the 3-0 defeat to Watford that preceded it was the intelligence in the Reds' play.

He added: "We needed to be more clever after the Watford defeat. With the conditions that day - the wind and the difficult pitch - we tried to over–play at times and that sort of killed us.

"We needed to play more clever football, which is what we did against Leicester by playing in behind their defence more and that gave us a platform.

"We did the simple things well, created some really good chances and kept a clean sheet which is important.

"We will have to be clever again at Sunderland because it will be a difficult game for us so we need to make sure we do the same as we did against Leicester. We need to find different solutions in games and make sure we win the battle.

"Fighting throughout is just a given, really. We should be doing that every week and we need to make sure we do it again on Wednesday."