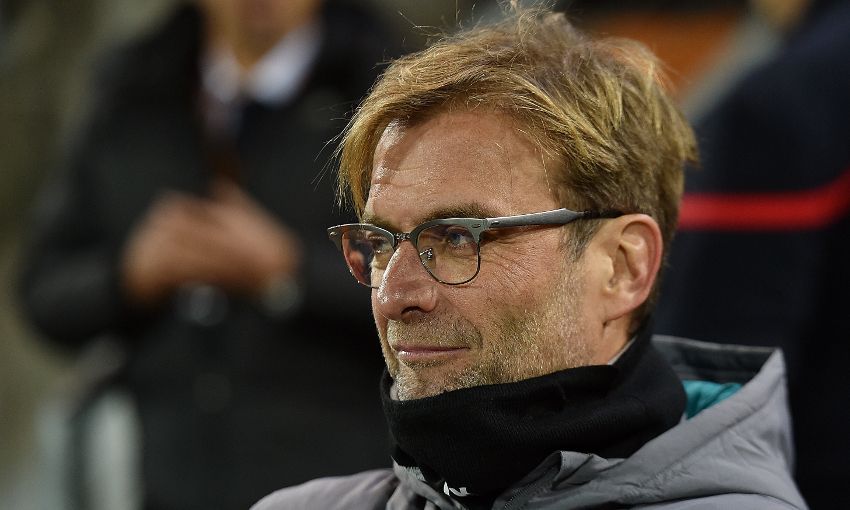 Jürgen Klopp acknowledged Liverpool were not at their most fluent as they picked up a goalless draw at FC Sion on Thursday night, but was pleased with the attitude of his players in difficult conditions.

The Reds were held to a 0-0 stalemate in Switzerland, with sections of the pitch at the Stade Tourbillon frozen over due to the sub-zero temperatures.

Klopp admits his team did not produce their best display, although he was ultimately satisfied by their efforts.

He told his post-match press conference: “It was difficult because the ground was very difficult to play on for both teams.

“The first thing to do tonight was to show character and show that you’re prepared for a game like this. That’s what my team did, so I’m really satisfied. Nobody is injured and they were very focused and concentrated on the game, so everything is okay.

“It was not the football we all know, our best football, but we also know that although it’s an outdoor sport, frozen ground is for other sports usually.”

Klopp continued: “Sion can play better too, so for both teams it was not easy – it was really, really difficult to play here.

“I am not surprised about their quality and it had influence on our game, but in football you have to take and accept the circumstances. In England we sometimes have wind and rain, but we cannot say we will stay inside – we have to play. That’s what we did today and everything is okay.”

The result meant Liverpool clinched first place in Europa League Group B and will be seeded for the draw for the last 32 of the competition.

With the top two teams from each table now competing alongside sides who have dropped out of the Champions League, Klopp expects the quality levels of the tournament to ramp up.

“That’s where we wanted to be after the game and that’s what we’ve done,” said the Reds boss. “A few weeks ago it was far away for us to reach this position, but we’ve done it, which is really good.

“We’ll see how important it is – there are a lot of very good teams in second place in the Europa League groups and good teams who have come in from the Champions League.

“Everybody who thought this tournament is not a first-class tournament will have to change their mind now – everyone will see it’s something like a mini Champions League. I am looking forward to the draw and we’ll see what happens.”

Liverpool will return home on Friday morning ahead of an Anfield clash with West Bromwich Albion on Sunday – and Klopp insists preparations will begin in earnest as soon as they land at John Lennon airport.

“We knew before we came here that we have to play on Sunday,” he said. “Now we have a short trip to the hotel, we can sleep, tomorrow we have to fly and then have a little [training] session.

“Then we’ll go home, come back and prepare for West Brom. That’s the job. We’ll try to use everything we can use, but first of all I will have to see West Brom tomorrow morning and then I’ll know more about what we can use from tonight.”