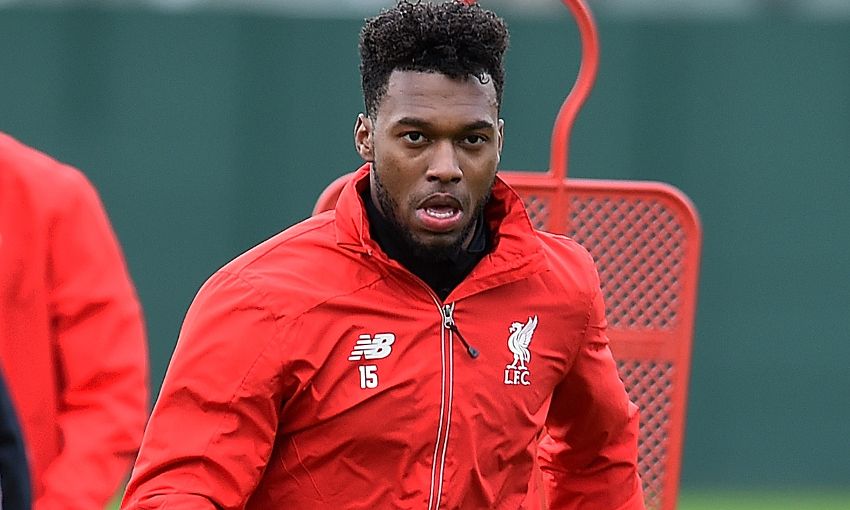 Jürgen Klopp has confirmed Daniel Sturridge is facing a spell on the sidelines after sustaining a hamstring strain against Newcastle United on Sunday.

The striker wasn’t part of the travelling Reds squad that departed John Lennon airport for Switzerland on Wednesday afternoon ahead of the Europa League tie against FC Sion.

Klopp told journalists at his pre-match press conference: “It’s a hamstring and it’s not easy to say when he can be back for us.

“There are two different things we have to look at – the one thing is the injury and the other is how we can bring him into a shape that is not so intensive for him, so he needs to train.

“The good thing with the muscle injury is that early [on] he can start to run and to train - not football but all the other things he needs. If you look at his history in the last months, and maybe the last year, it’s not a long time he’s been able to train.

“With all the games [we have], we have to find the specific point when it’s possible to bring him [on] for minutes and what makes most sense for his general shape.

“I can’t say at this moment what we will do exactly, but we’ll have to look at it.”

Klopp is unsure on when Sturridge will be ready to return to action, but admits Liverpool will look to tailor his rehabilitation process in order to try and ensure he can remain fit for the remainder of 2015-16.

The manager continued: “The injury is not that serious. The last time he trained, he got 60 minutes at Southampton, which was quite good, and then another 30 at Newcastle, which was not that good because in one of the first moments when he had a shot at goal, he felt something in the muscle.

“It’s not that serious, but it’s not possible to play. Now we have to build up his resistance. It is like it is. We have to help him be more resistant for all the games we have.”