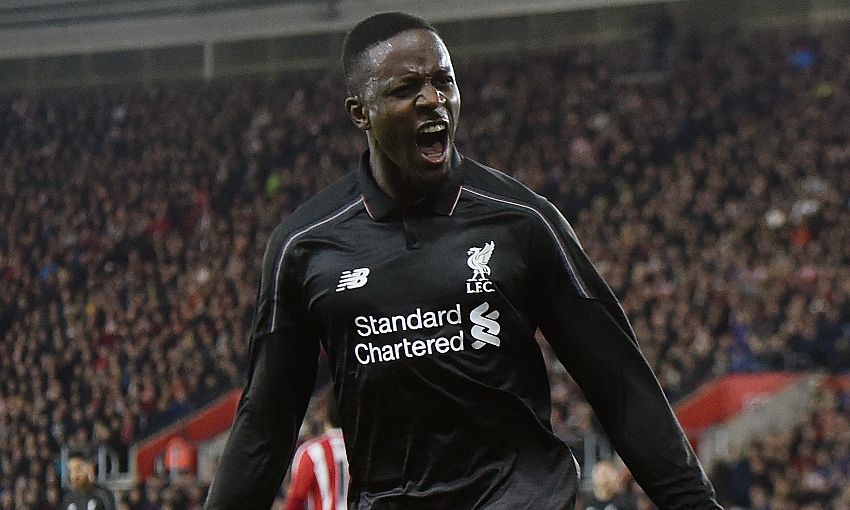 Divock Origi has revealed that his selfless nature almost cost him his hat-trick in Wednesday evening's 6-1 win over Southampton.

The Belgian netted his first three goals for the club as he played all 90 minutes of a remarkable Capital One Cup quarter-final victory at St Mary's last night.

But he was initially denied his first strike by most observers, with a faint touch on a fine drive from Alberto Moreno going unnoticed at first glance.

Clarification that the 20-year-old had opened his account was provided at the break, and he followed it up with an unstoppable strike into the roof of the net and a well-taken header from Brad Smith's cross in the second period.

That meant that Origi was able to celebrate the second treble of his professional career at the final whistle, despite his attempts to pass on his opening goal.

"I know I touched the ball and after the game they confirmed it was my goal so I’m very happy for me and the team also because we worked so hard," he told Liverpoolfc.com.

"I’ve worked so hard to be here and I’m glad I could show my qualities today.

"I told the referee if he gave the goal to Alberto it would be nice because I like to involve everybody."

The Reds were in relentless mood on the south coast as they secured their place in the last four of the League Cup for a record 16th time.

The quest for Jürgen Klopp's first silverware at Anfield now continues with a two-legged semi-final against Stoke City, an opponent Origi insists he and his teammates won't be taking lightly despite their 'special' win over Saints.

"It was very special to win. It was a very important game for us and we qualified for the semi-finals, which was the most important thing," he added.

"We all want to fight for Liverpool and fight for the team. We showed that we never give up and we have a lot of qualities. We were very confident in our finishing and it ended well.

"We have a strong team and everyone has confidence, the young guys that came in, the experienced guys, and we just have to continue like this.

"I think 100 per cent we can win [the semi-final] but you have to respect the other team. Stoke is a good team.

"We have to go into it with full confidence, enjoy the game, and I’m sure it will be okay."

The Belgium international finished up by explaining the special celebration he was joined in by Ibe after netting his second of the night.

He continued: "It’s a little dance me and Jordon do - it’s called the nae nae! We laugh a lot and we like to dance!"