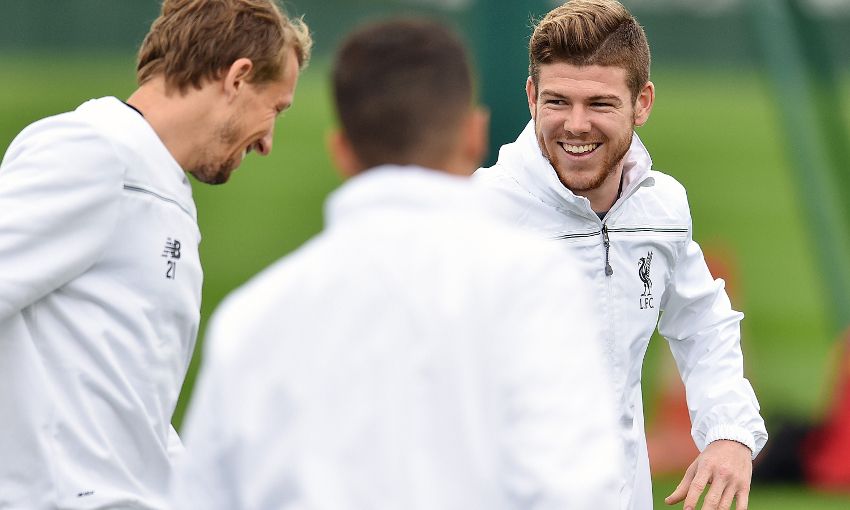 Never before has Alberto Moreno been such a consistent fixture in his team and the Liverpool defender does not want his stay at left-back to end any time soon.

The Spaniard has been almost ever-present since the appointment of Jürgen Klopp as manager in October, starting nine of the 10 games of his reign so far.

A glance at the fixture list reveals no let-up in the frequency of matches for the Reds and tonight’s Capital One Cup quarter-final tie against Southampton is the first of seven before the end of the year.

But Moreno echoed the boss’ sentiments ahead of the trip to St Mary’s that the players are embracing the demands of competition – and the No.18 is especially keen to keep his personal run going.

He told Liverpoolfc.com: “We just like to play matches, as many matches as we can, and at the moment I’m managing to do that.

“The manager has been putting his faith in me and I’ve being doing pretty well. I think that’s the dynamic that I need to continue with.

“I don’t think that at any point in my professional career have I had such a long run of consecutive games, and I can tell you that I’m enjoying it.

“It’s nice to know that I’m in good form and feeling ‘fit’ like you say over here! I’m happy too, happy with myself and happy with the team.”

Sunday’s 1-0 victory over Swansea City at Anfield was made particularly hard-fought by the windy conditions that prohibited Liverpool’s usual gameplan under Klopp.

But they’ll hope to reproduce the efficient pressing and blistering counter-attacks that proved so profitable at Chelsea and Manchester City when they face the Saints for a place in the semi-finals this evening.

“It’s what the manager wants us to do, that we all press together as a unit,” said Moreno.

“Sometimes it has to be a little bit deeper towards our defence, but if we can press hard and higher up the pitch, and then win the ball back up there, I believe it’s a good option to then have a quick opportunity on goal.

“If we steal the ball further up the field, we’ve got more of a chance to score than if we win it back closer to our defence and then have to take longer to build a move from the back.”