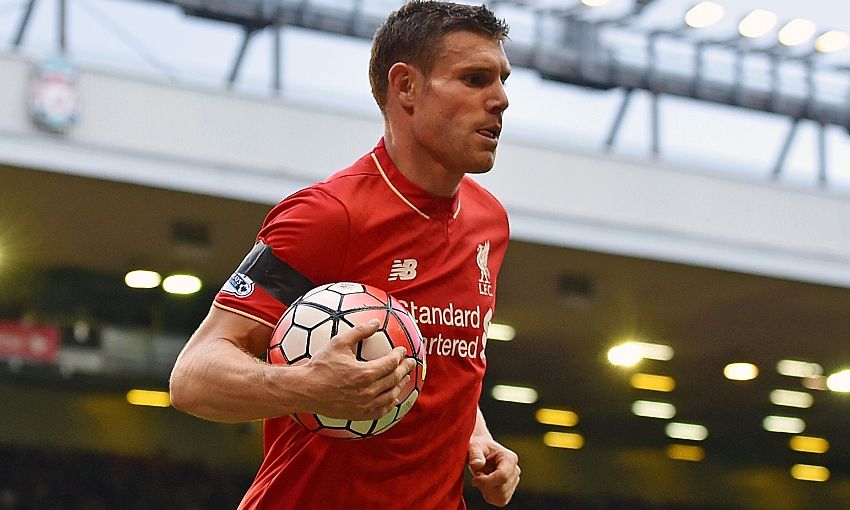 James Milner is optimistic on his chances of returning to action for Liverpool in next Saturday’s clash with his former club, Manchester City.

The vice-captain missed the Reds’ encounter with Crystal Palace on Sunday due to a hamstring injury – a problem that also forced him to withdraw from international duty with England.

However, Milner has confirmed he’s making good progress in his rehabilitation and could be in contention for the trip to the Etihad Stadium next weekend.

He told Liverpoolfc.com: “It’s always disappointing to miss any games - and obviously missing last weekend and the England games is disappointing.

“It shouldn’t be too long and hopefully I’ll be back for the next game, but we’ll have to wait and see.

“You never like to put a timeframe on it because it’s a hamstring and they’re always difficult and a bit unpredictable, but hopefully I’ll be alright.

“It’s disappointing, but these things happen and hopefully I’ll be back soon.”

Milner will watch from home this evening as Liverpool teammates Adam Lallana and Nathaniel Clyne represent England against Spain in Alicante.

The Three Lions then take on France at Wembley on Tuesday - and the Reds’ No.7 feels the two friendly fixtures will provide his international colleagues with a good test ahead of next summer’s European Championships.

“They’re two big games and two difficult teams for us, but they’re the sort of opposition you need to learn to play against and beat if you want to be successful in the summer,” said Milner.

“They are two good fixtures for us and ones we can build experience from.

“We’ve had a good qualifying campaign. People said it was an easy group and perhaps on paper it was, but it’s never like that in football and we know that.

“To get the results we did, and be as ruthless as we were, was pleasing.

“Now we have a different test and hopefully we can take the momentum we’ve had into the qualifiers into those games.”