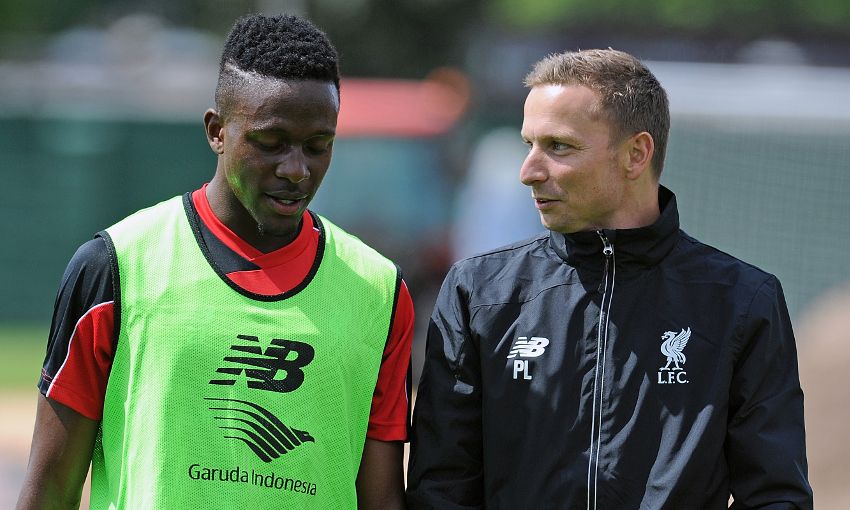 The last 18 months of Pepijn Lijnders' coaching career have been something of a whirlwind.

In August 2014, the Dutchman arrived at Liverpool as a highly regarded youth coach with a reputation built on productive spells at PSV Eindhoven in his homeland and Portuguese giants FC Porto.

His first port of call at the Kirkby Academy would be imparting his hard-earned knowledge upon the club's U16 team.

But now, in just his second season on Merseyside, the 32-year-old is part of the first-team setup working with the likes of Philippe Coutinho on a daily basis under the guidance of none other than Jürgen Klopp.

It is, Lijnders admits, a dream come true.

“For me as a young coach learning from the best it's the same as [the young players]. It's like a masterclass everyday it's very simple,” he said of working with the German.

"You go to a congress and you see that one speaker and you like him and you think 'wow'.

"If you can work with that speaker every day that would be [fantastic] and that's the situation I'm in at the moment."

Lijnders made the jump to Melwood over the summer to join Brendan Rodgers’ backroom team – an opportunity for which he is keen to put his thanks to the Northern Irishman on record.

But his new role as first-team development coach did not result in a severance of ties with the Academy; in fact, it made his knowledge of the club’s young talent even more crucial.

One of Pep’s main day-to-day tasks comprises working closely with the Talent Group, a handful of top young performers who are given a regular taste of the demands of elite-level football in order to fuel their development.

Their involvement with Klopp's squad creates a 'bridge' between Kirkby and the senior setup, which Lijnders believes makes guiding the club's top talents into the first team much easier.

He explained: "The best players of the Academy - the manager of a big, big club doesn't have time to go and watch them.

"So what we introduced this year is the Talent Group so that the best players between 14 and 21, instead of the manager going to see them at Kirkby, we bring them to Melwood.

"We make a selection of players and they train every Tuesday under the eye of the manager and he can see them develop, he can bring them to the office, he can talk to them.

"Everything is organised and each single player has a special programme above their normal Academy programme.

"They get stimulated and influenced to the first team’s standards not just in the department of offensive capacity, combinations, everything that happens to get the ball in the final third, but also in terms of physical approach, nutritional approach.

"All these departments of Melwood are working week-by-week with the best players of the Academy.

"This should be your development; it shouldn't be the Academy bringing you the best players it should be first-team staff showing interest and creating plans for each single individual to put them on a high level.

"That's how I try to create a bridge and hopefully that bridge is getting smaller and smaller." 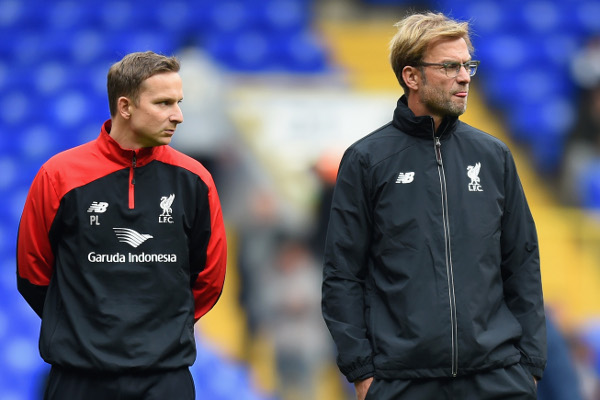 Pep is incredibly enthusiastic about the effect that day-to-day contact with Liverpool's current crop of star names can have on aspiring youngsters.

He describes it as 'pure gold' and, using the example of Coutinho and Adam Lallana's influence, added: "We have players of 16 years old training with the first team on a weekly basis, with Philippe, with Adam.

"Adam and Philippe show the intuition players, 'in difficult situations I can handle it, I can get myself free without the ball or with the ball'.

"So a player like Ben Woodburn or Herbie Kane, they can see. Young players don't need criticism, young players need models - it's a famous saying.

“That's gold, that's pure, pure gold in terms of development - nothing will beat that, not one session.

“That creates the big development. Repetition of simplicity, repetition of the exercises, of course, but above that creating models for them, that's very important."

Of course, developing talent is one thing, actually trusting them to flourish in the unforgiving world of senior football is another.

But, like Rodgers before him, Klopp has already shown a willingness to give youth a chance.

The former Borussia Dortmund coach was looking for his first win going into the Capital One Cup meeting with AFC Bournemouth but still gave Connor Randall his Reds debut, while Cameron Brannagan and Joao Carlos Teixeira were handed their first starts for the club.

The reward for a courageous selection came in impressive performances from each player, a 1-0 victory, and a place in the next round of the cup.

Lijnders believes such opportunities to shine are all the Academy graduates need thanks to a coaching model focused on priming them for the demands of football not just as it is now, but as it will be in the future.

And he confidently predicts that plenty more players will follow in the footsteps of those who featured in the cup win over the Cherries as a result.

“I truly believe that we can create a new generation of Liverpool players who can open up games, speed up games, who can break that defensive wall,” he added.

“In the future it will be more organised, there will be less space, that's the only thing I'm certain of.

“The defensive line of the opponents will get closer, they will be stronger physically, and to break that wall you [must] stimulate [them] from a young, young age.

“The Academy already proved they are worth it with Pedro [Chirivella], with Jordan [Rossiter], Jordon Ibe, Flanno [Jon Flanagan].

“There are not many certainties in the world but I'm certain Liverpool will produce top-class players.” 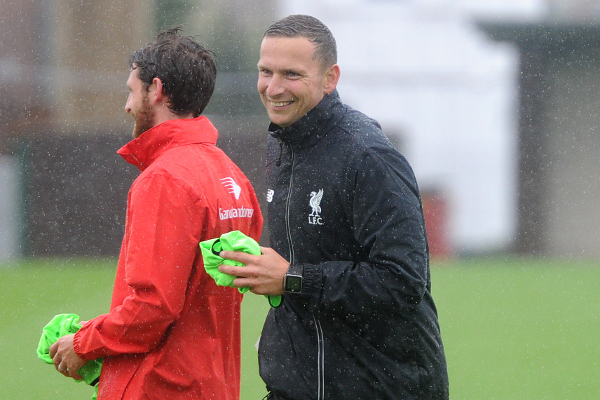 Aside from the expert coaching at the Academy, the existence of the Talent Group, and the role he himself has to play, there is one element above all else that Lijnders believes will aid the young players hoping to make the first team – the new coach’s clear identity.

The Dutchman is convinced that the clarity of Klopp’s message makes it much easier for players to know exactly what is expected of them whenever they are called on.

“You can train loads of things and develop but how you are as a person influences so much the players, how they are, how they approach the game, how they are in the game.

“If you look to the sessions, the games, the character of Jürgen and how he approaches every single thing, is very clear.

“There are certain ways to create development, the most important one is knowing exactly how we approach the game as a collective, and creating an identity in terms of, if we wore different shirts, you would recognise us.”

That Klopp himself has used that shirt analogy publicly before is perhaps the best indicator of the philosophical harmony between the manager, his staff, and the Academy.

And that can only bode well as Lijnders looks to help usher the latest generation of talent into the first-team picture.