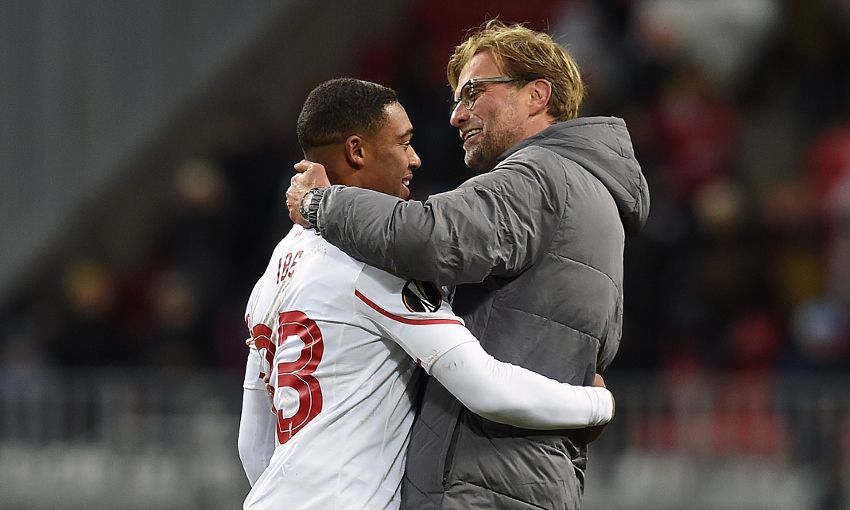 Jordon Ibe hopes he can become a Liverpool star with the help of Jürgen Klopp after scoring his first goal for the club in Thursday's 1-0 win over Rubin Kazan.

The 19-year-old had previously scored two goals in friendly outings for the Reds, but broke his competitive duck with a well-taken finish in the second half at the Kazan Arena.

That crucial goal in Russia represents something of a deserved reward for a recent run of impressive performances from the young wideman.

And Ibe believes he can keep getting better under new Reds boss Klopp, who is yet to taste defeat since arriving at the club six games ago.

"He's a great manager, I'm delighted to be working with him," the attacker said.

"He's showing me new things in training and obviously training is different now so I'm learning.

"Hopefully I can keep getting the experience I need and he can develop me into a good player.

"Everybody's doing well in training and we're just delighted as a group to be doing well now. Hopefully we can just keep winning games and make it a repetition now."

Victory over Valeriy Chaly's men means Liverpool need only beat Bordeaux at Anfield in their next Europa League outing to secure passage to the knockout stages of the competition.

Ibe was delighted to have played a key role in a big win on the road to European success by getting on the scoresheet.

"I was delighted to get the goal, obviously," he continued.

"It was a good through-ball from [Roberto] Firmino and I was just happy to get it on target and in and I'm happy for the team to win the game.

"I was just happy for the whole team in general.

"We got the points we need and now hopefully we can [keep] doing well and in our home games in the Europa League."

Jordon Ibe: Why solo strike will be so good for my confidence