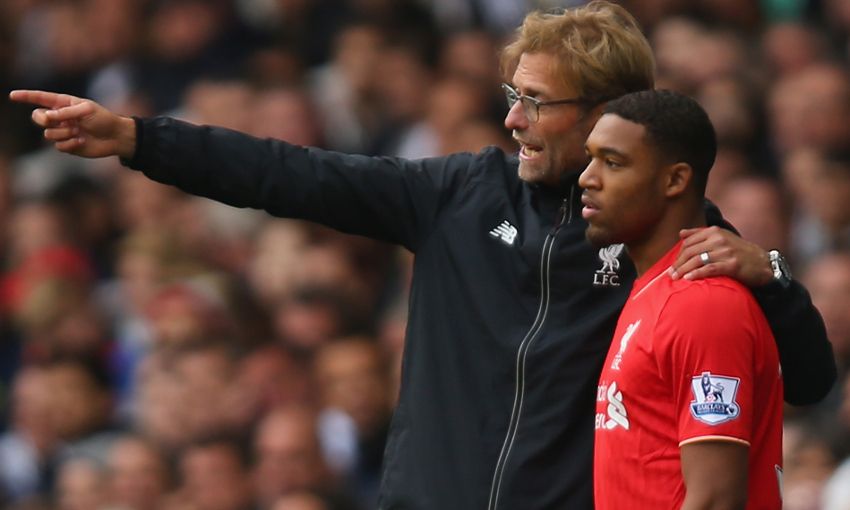 Cultivating the kind of never-say-die attitude that enabled Liverpool to recover from an early setback against Chelsea on Saturday is one of main objectives Jürgen Klopp has set about trying to achieve, Jordon Ibe has revealed.

The Reds recovered from conceding a fourth-minute header from Ramires to record a 3-1 victory over the Blues at Stamford Bridge, turning in perhaps their most impressive performance of the German’s tenure to date.

And Ibe has explained how Klopp has been attempting to install a mindset of refusing to give up on the belief that a game can always be won regardless of the situation into the squad.

The youngster told Liverpoolfc.com: “It was one of the most important things the new manager has said – we need to be a team who can be 2-0 down and know there is still time for us to get a goal.

“It could be in the last 10 minutes, so it’s just about having a mentality that is like ‘it’s now up to us to go and get two goals…and then a third one'.

“It was great for the team to come back from 1-0 down because it is difficult to do that and beat Chelsea at Stamford Bridge. It was great.

“There is a lot of learning in training. There are times when we are watching and he is explaining something. We have quite a few meetings where he shows us things on video from previous games. It’s great to learn and I’m enjoying it.

“Everyone’s happy with the win, it was fully deserved. Hopefully we can continue and start picking up more points.”

Ibe came off the bench at Stamford Bridge on Saturday and played a key part in Christian Benteke’s points-sealing third.

The 19-year-old added: “With the new manager, everything is fresh. I feel like a new player and it’s for me to keep improving and trying to stand out in training. I feel good – the whole team are feeling great and fresh.

“We’ve won two games now, so it’s still new. We just need to win a few more now and I am sure that mentality and confidence will come where we think, ‘We can go there and beat them.’”