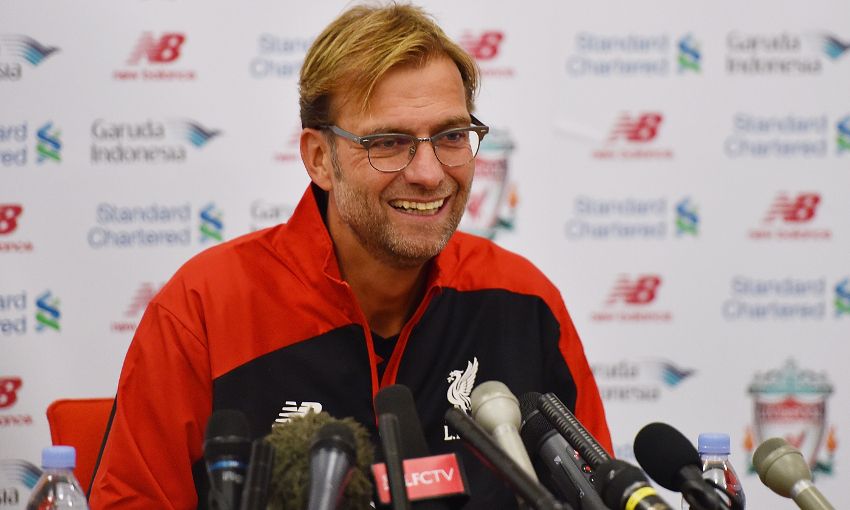 Jürgen Klopp insists Liverpool will treat the Capital One Cup as 'the most important cup in the world' when they face AFC Bournemouth in the fourth round on Wednesday.

A place in the quarter-finals of the competition is at stake when the Reds resume their campaign against Eddie Howe's men at Anfield tomorrow.

Although the manager admitted he may need to make changes to his team as they face a fourth fixture in the space of just 11 days, he was keen to emphasise that it is not because cup success is not a priority.

"It is the same thing in Germany, the cups are very important – but when I came here, everyone said we [Borussia Dortmund] won the title twice," he told reporters.

"Nobody said we were the first double winners in Dortmund’s history.

"In Germany, [the cups] are a very important thing – but [in England] it was more interesting that we’d played in the final of the Champions League.

"I have not been here long to understand fully the English feeling about the cups, but for me they are all the same – I want to win games. That is all.

"I don’t want to give up before we have to. It is the most important cup in the world because it is the only game we will play tomorrow."

Liverpool have scored just two goals in the three draws Klopp has overseen since taking the reins at Anfield.

But the German is working hard to identify the issues that are causing his players to stutter in the final third and knows it is not down to a lack of quality in the squad.

"These players have the skills to make goals, so many skills are great," he continued.

"But in the decisive moments we don't make the right decisions, that's always how football looks when you're not in the perfect shape.

"I don't think there's any doubt about the quality of the players and we have to learn more and more and try and understand why things happen like they happen.

"We don't have too much time for this [in training] so each game is very, very important.

"That's what I saw [against Southampton] and now I have to understand and work with this information but that's only one thing."

Klopp also offered his thoughts on the ongoing development of his team, which has been somewhat hampered by the inability to train regularly due to a packed fixture schedule.

The 48-year-old says it is normal to take a small step backward before progressing but has been surprised by how quickly the squad has adapted to his methods thus far.

"How I understand development is, if you bring new information, you go a step down usually, then you can start and it goes in the other direction," he explained.

"That's pretty normal. We all want that they can play from [a high level] but it's time you need to change your movements and all these things.

"I'm surprised by how big the steps we've taken are but of course everybody can see we need the results.

"My faith in this team is big and all the players who work with us since I'm here have a good working atmosphere.

"I like what I do and if somebody hoped that it's quicker or faster then I'm sorry for this but I don't think it's better that we win the first game and don't know why.

"I think it's important that we find a way that we win games in the future and know why, then we can take this into the next game and know if we make this better that we'll get better."