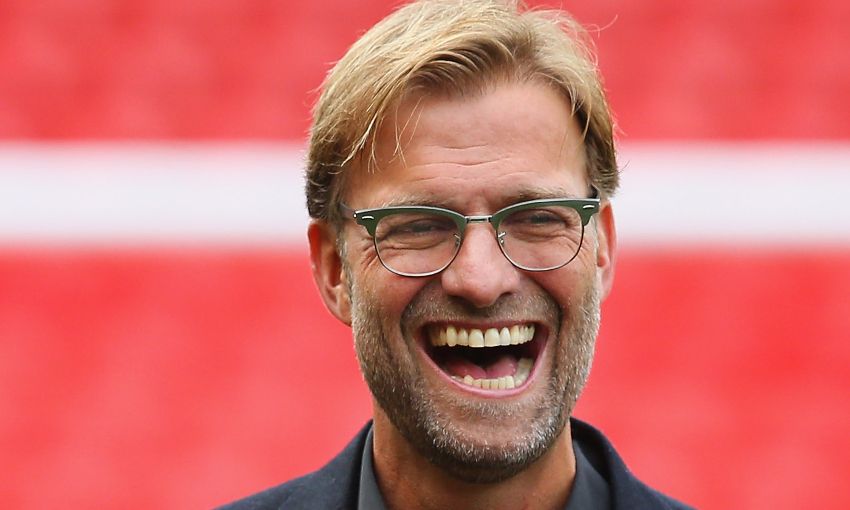 Former Liverpool star Dietmar Hamann is convinced Jürgen Klopp is the right man to take the club into a new era of success.

The 48-year-old was confirmed as the 20th manager in the Reds' history on Thursday evening before addressing the world's media for the first time since his appointment on Friday morning.

And, after seeing what his compatriot had to say about his aims at Anfield, Hamann is certain he will be a huge hit among Kopites.

“He’s the right man for the job,” said Didi.

“We’ve just seen in the press conference he was very impressive.

“He’s a genuine, honest guy who will tell the players and the fans how it is, and I think for a club like Liverpool that’s been missing for a number of years.

“When he went to Dortmund he joined a team on the verge of going bankrupt and being relegated and he turned them into title winners, cup finalists into cup winners, and Champions League finalists.

“I don’t think his task [at Liverpool] is quite as big as it was in Dortmund but I think he’s a guy who will fit in very well because I think the fanbases in the cities of Dortmund and Liverpool are pretty similar.”

Hamann also insisted Klopp will be under no illusions as to what is expected of him, and backed the new manager to embrace the challenge.

He added: “Sometimes fans get a bit carried away when you win one or two games and at the same time they go the other way if you lose one or two.

“You’ve got to keep things in perspective, but at the end of the day I don’t think there’s any way around it because if you are at Liverpool you will be measured by how many titles you win.

“He’s here for a number of years now hopefully and in his tenure if he wants to be a success he has to win titles – there’s no getting away from it because this club is about winning titles.

“At the moment the club is probably not in a position [winning titles] but hopefully he can turn the team into a title winning side again.”

Contrary to reports in the media, Hamann was quick to point out that he has had no need to play a part in convincing Klopp to make the move to Merseysdie.

He said: “I’ve not spoken with him before he came here because Liverpool Football Club doesn’t need selling to anyone, and everyone around the world knows what a history and what a tradition it carries.

“I’ve not spoke to him in the last few or weeks or months. I’ve bumped into him a few times, I wouldn’t say I know him well, and I think he made the right choice.

“If he did ask me I couldn’t have said anymore because Liverpool is a fantastic club. I think he will grasp the history and the culture of the club and that’s why I’m glad he is here.”