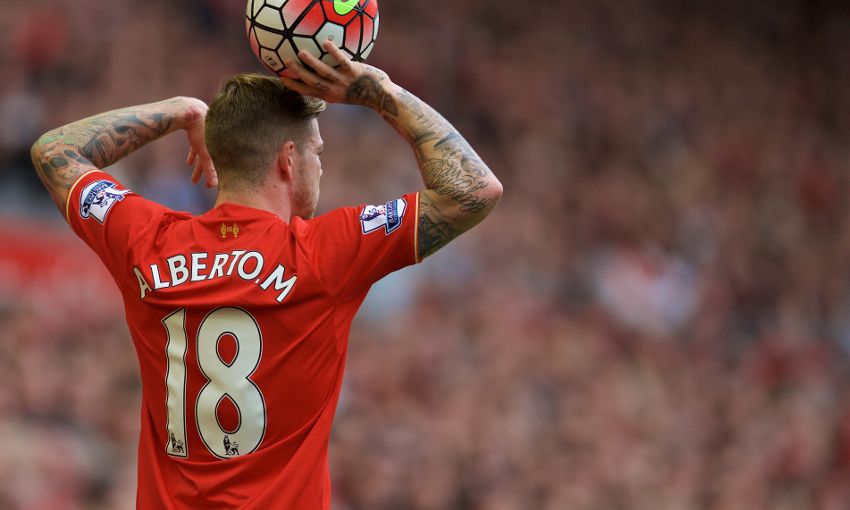 Two tastes of the Merseyside derby last season were all Alberto Moreno needed to get a firm understanding of what clashes between Liverpool and Everton mean in the city.

The neighbours from either side of Stanley Park will resume one of the most passionate rivalries in world football tomorrow afternoon for the 225th edition.

In his debut campaign with the Reds, Moreno started both the home and away games against Roberto Martinez’s side, each of which were drawn.

But although the Spanish defender is still waiting for his first derby victory with Liverpool, he delivered as wise an assessment as anyone about the match’s importance ahead of this latest Goodison Park duel.

He told Premier League Productions: “We know derbies are one-off games, but this one has a particularly individual aspect to it.

“We know that the whole of the city can’t wait for the day to come, everyone has been waiting for it. You do everything to get the points for your fans.

“It is something etched in my memory. I’ll never forget those two occasions – we didn’t manage to win either game last season, we had two draws.

“But I’m confident and hoping we can make the fans happy and pick up a victory in one of the two games this season.”

Liverpool got back to winning ways in the Barclays Premier League last weekend as they defeated Aston Villa 3-2 at Anfield to move onto 11 points in the division.

Their local rivals are just one ahead and could be leapfrogged via a win on Sunday, with the early standings very much in fluctuation.

“It’s such vital game for us,” said Moreno.

“If we were to pick up three points, it would help us get to the upper reaches of the league and fight for what everyone at this club really wants – which is to be considered as one of the contenders at the top of the league.

“So we’ll be giving everything we possibly can to be able to get the three points and continue positively in the league.”

The 23-year-old’s grounding in derby clashes began before he arrived on Merseyside – back in Spain, at former club Sevilla and their heated exchanges with Real Betis.

“Sevilla-Betis is similar, pretty much the same as Liverpool-Everton,” he added. “Two sets of fans in a divided city, a fantastic atmosphere and really tough games.

“There is a lot of stick given out on and off the field. Sometimes the fans get a little bit feisty with each other as well in Seville. They can’t wait.

“They are the sort of games I like, particularly when it gets a bit feisty and a few tackles fly in. I love to play in them.”