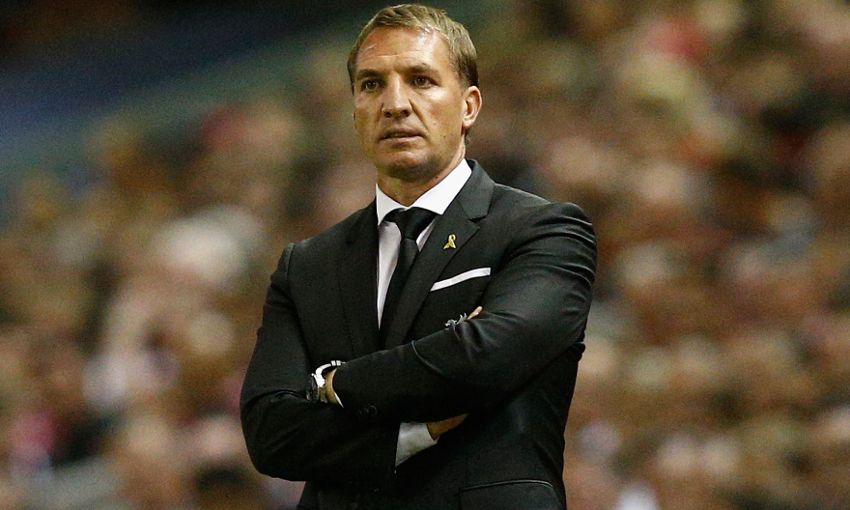 Brendan Rodgers admitted it was a lack of clinical finishing that prevented Liverpool from claiming a victory against FC Sion at Anfield on Thursday night.

The Reds took an early lead in the Europa League Group B tie when Divock Origi burst into space on the flank and squared for Adam Lallana to convert from close range in the fourth minute.

But the Swiss visitors responded shortly after as Ebenezer Assifuah was played in behind the home defence and clipped into the Kop end net to make it 1-1.

That’s how it stayed, despite Rodgers’ team creating a number of promising chances in the second half, meaning a second successive draw in the competition.

“We’re disappointed with the result,” the manager reflected at his post-match press conference.

“The story of the game was pretty obvious; we started the game well, got in front, gave away a poor goal and then created chances throughout the game and should have maybe won comfortably.

“But, unfortunately, we ended up drawing the game and we’re frustrated in the end.”

Liverpool lined up with three at the back again and used Nathaniel Clyne and Jordon Ibe on the wings as the boss opted for seven changes overall.

The former was replaced by Alberto Moreno at the interval, while Danny Ings was withdrawn for Philippe Coutinho on the hour and Kolo Toure limped off late on.

Rodgers explained: “We had a plan before the game that Nathaniel would play 45 and Alberto would play 45. We asked Danny Ings to play an hour.

“We’ve obviously got a number of injuries, hence the reason why we needed to protect one or two for this game.

“The only forced injury was obviously Kolo coming off, but with the rest that was the plan before the game.”

The Northern Irishman has used the Reds’ two games in the Europa League so far to offer younger players and those on the fringes of the first team an opportunity.

Having been held to draws in Bordeaux and then against Sion, he was asked whether even stronger XIs could be chosen as the race for qualification gathers pace.

“There may well be,” Rodgers responded.

“For this game, of course there were a number of players we needed to be careful with – players like Daniel [Sturridge] that were coming back from injury.

“There’s no doubt we want to qualify and get through into the knockout stages of the tournament, but we’re picking teams to get the result.

“Away in Bordeaux, there were a lot of young players playing that were getting great experience, but we’re still going up in the games.

“Maybe that little bit of lack of experience at times has not seen us hang onto the lead. Tonight, really the story was about the chances. We had enough chances to win the game, and that was really disappointing.”

Origi partnered Ings up front and had several chances across the full match, his second competitive start since arriving at the club from Lille in the summer.

“Divock has come in and obviously had limited chances, these are the games that he’s getting experience in,” said the manager.

“The next step for him is about finishing. It was good to see his great quality and skill for the first goal, he made the assist and then had a few good chances after that.

“He knows that’s a part of his game he’s looking to improve, because he worked very hard, ran in behind really well and got into some great positions. When you get those opportunities at this level, you’ve got to be able to take them.”