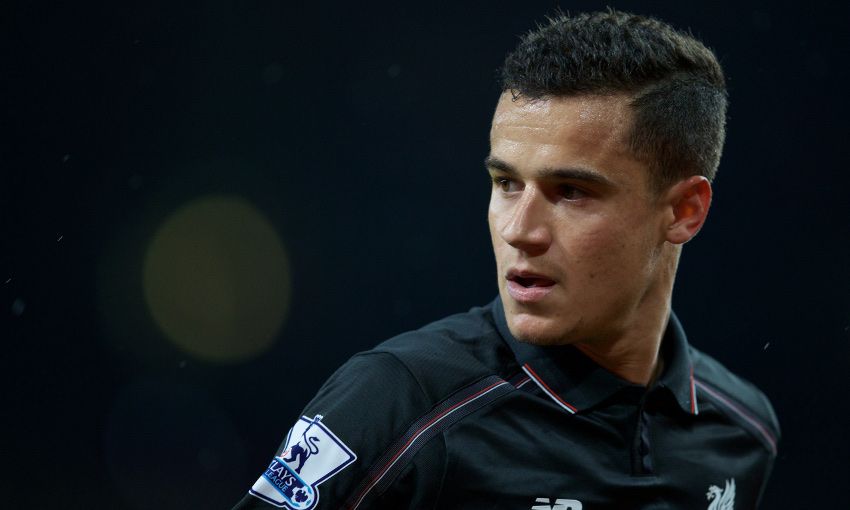 Philippe Coutinho admits that he and his Liverpool teammates have inherited extra responsibilities this season in the absence of former captain Steven Gerrard.

But the Brazilian insists he feels no extra pressure and is focused simply on enjoying his football and pushing the Reds onto new heights.

Anfield said goodbye to a legendary figure when Gerrard made the switch to LA Galaxy this summer after an incredible 17 years in the first team at his boyhood club.

With his penchant for making match-turning contributions and scoring long-range winners, Coutinho is one of the players who it is hoped can fill the void left by Stevie's departure.

And thankfully, the 23-year-old is not weighed down by such lofty expectations.

"I think it’s more a case that everyone’s level of responsibility has gone up," he told BBC Sport.

"A real leader has left, one of the club’s greatest players and an idol for all of us.

"I think everyone felt his absence a bit at the start, but Liverpool is now moving forward without Gerrard and we’re all pulling together in his absence.

"[But] in truth I don’t feel any extra pressure. Every time I step onto the pitch, I just want to do my best, to enjoy myself and to entertain Liverpool’s fans.

"I don’t think about the pressure, I just want to play football and help the team."

Coutinho is in contention for a Premier League return when Norwich City visit Anfield on Sunday afternoon having served a one-match suspension.

A red card picked up against West Ham United prior to the international break ensured the former Inter Milan playmaker missed last weekend's trip to Old Trafford to face Manchester United, which also ended in defeat.

He says it was difficult to watch on as his teammates contested such an important fixture but is now keen to help them get immediately back to winning ways.

"It’s always hard for any player to miss out on a match," he added.

"I watched the match, but it’s hard not to be there and be able to help the team. And particularly as it was a huge match like that, it was even worse.

"We’re getting on with the job in hand. We have to remain strong. It was a tough defeat, but it’s still early days in the league and there’s still a long way to go.

"We need to remain strong and look to improve in the games ahead of us."