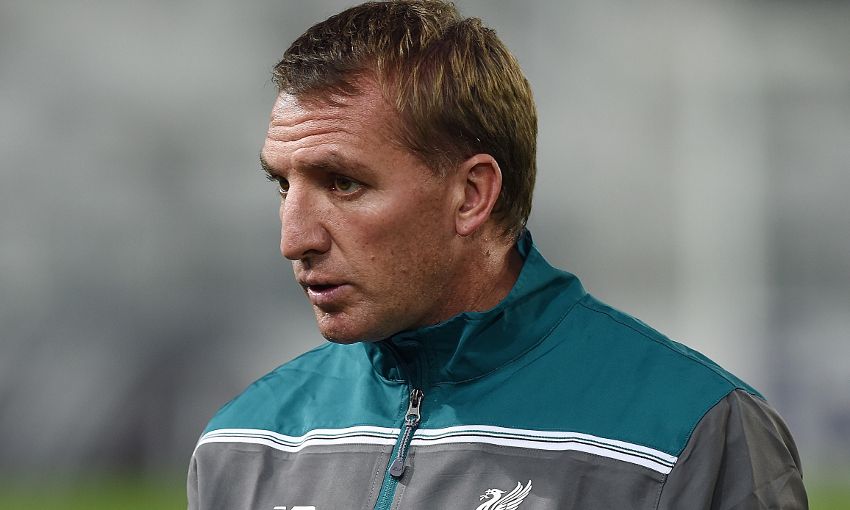 Brendan Rodgers is keen for Liverpool to kick-start a run of four consecutive Anfield outings by imposing their 'quality and intensity' upon Norwich City on Sunday afternoon.

The Barclays Premier League meeting with the Canaries marks the beginning of a rare tranche of back-to-back home fixtures, which also sees the Reds face Carlisle United, Aston Villa and FC Sion.

The complexion of the early stages of the campaign could be transformed by the time the final whistle blows on the latter game, and so the manager is eyeing a strong start to what could be a pivotal period for his team.

"I think it is an opportunity for us, always when we play at Anfield, to perform well and we didn't do that in the last game," he told reporters.

"But it's another game now and we can only focus on the next one, Norwich will be a really difficult game for us.

"Alex [Neil] has done great since he's gone in there, really galvanised the team and got them promoted in arguably the best possible way, winning the play-off final.

"That momentum has carried on well with them, they're a good side, he's managed them really well and adapted well to the club.

"We understand and respect that it's going to be a really difficult game.

"It's really up to us to impose ourselves on the game with our quality and intensity and that's something that will be key for us over the course of the four games."

Liverpool have emerged victorious from their last five meetings with Norwich, scoring an incredible 21 goals in that time.

But Rodgers, who has overseen each of those wins, does not believe that impressive record will have any bearing on proceedings this weekend.

"I never look too positively or negatively on how teams will play or perform against each other, I think it's all on the given day," he added.

"In my time here the record has been very good against them in terms of goals and wins but it's a different game, it's a new season and we'll hopefully go on and put a real positive performance in."

Although Rodgers' men began their Europa League campaign with a creditable draw in Bordeaux on Thursday, they come into this game having suffered back-to-back defeats in the Premier League.

External criticism of the players is not a concern for the manager, however, who is certain performances will improve as time progresses.

"What has been written and said about [the players] outside of here has probably been [more critical] but for me and the coaching staff it's about looking to improve the performance and staying calm," he continued.