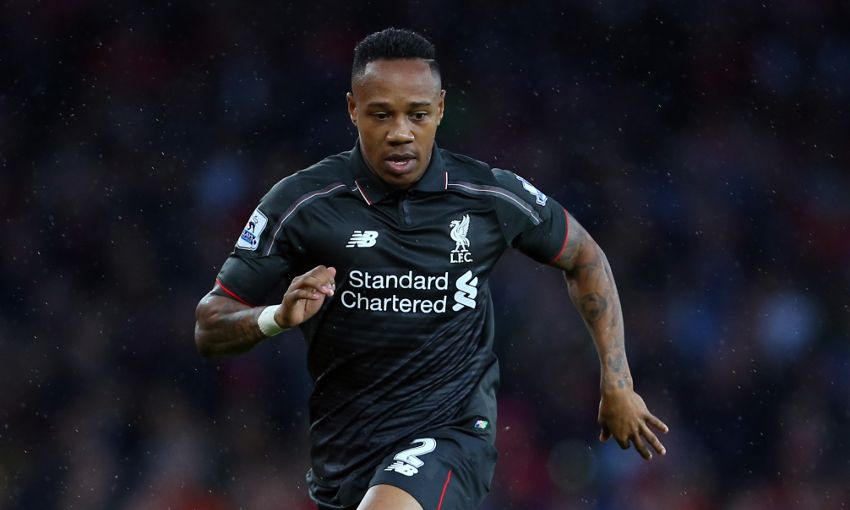 Nathaniel Clyne is relishing the challenge of playing for a club the size of Liverpool and has vowed to keep working on his game in order to meet the high standards required.

The defender, who made the move to Anfield from Southampton over the summer, has started all four of the Reds' Barclays Premier League games this season.

He has been a more-than steady presence at right-back, playing a prominent role in the collection of three clean sheets and seven points from those fixtures.

The 24-year-old's efforts at club level were rewarded with a return to the England starting XI against San Marino on Saturday - but his desire for constant improvement remains as strong as ever.

"I want to try to improve as a player and going to Liverpool which is a big club is another challenge for me and one that I'm looking to take on," he said.

"I've done well since joining them and I'm looking to improve and get better as a player.

"[With England] I am here now to try to knock down a position at right-back and try to make it my own.

"It's obviously going to be difficult because there are a lot of people who could play right-back and there's a lot of competition but I'm looking forward to it and challenging for it."

Clyne's start to life at Liverpool has seen him evidence plenty of willingness to get forward from the back in support of his attacking teammates.

And so it is perhaps no big surprise that he has revealed he once harboured dreams of being a striker, rather than a full-back.

"Ideally I wanted to be a striker. I liked playing up front and scoring goals.” he continued.

"But I always had this hunger in me to run after people and get the ball back and I was really good at it so they decided I was better off as a defender.

"Back in the day I used to like Gianfranco Zola. He was a top player. I liked him because he was small and I was small. I’m still small now."