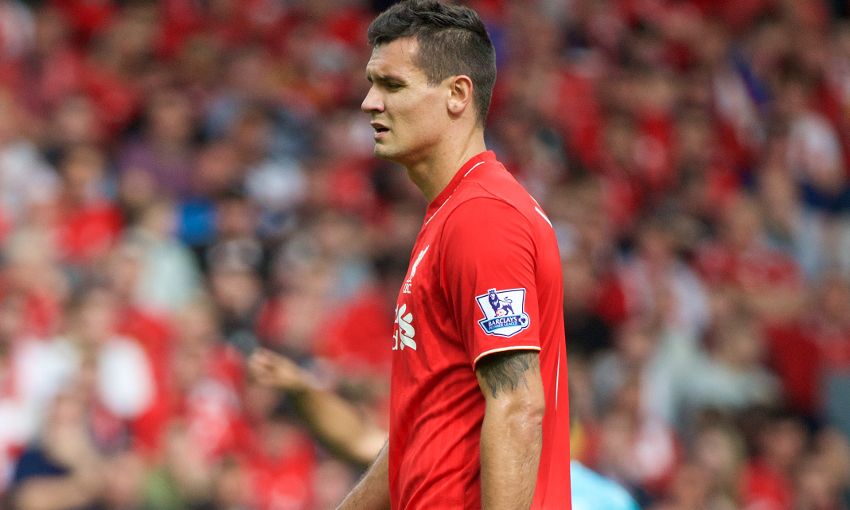 Dejan Lovren insisted he was more disappointed than anyone with his individual error in Liverpool's defeat by West Ham United – but vowed that he and his teammates will respond.

The Reds were behind within three minutes at Anfield on Saturday as Manuel Lanzini snuck in and struck low into the Kop end net to give the Londoners an early lead.

As the game approached its half-hour mark, Lovren was then culpable in allowing the Hammers to double the advantage, losing possession in the build-up to Mark Noble finding the bottom corner.

Philippe Coutinho was sent off in the opening stages of the second half to increase the home side’s frustration, which was compounded by a third for the visitors from Diafra Sakho.

Lovren said: “I’m the first one who is disappointed with myself. Of course for the first minute after the second goal I wanted to go under the table. What can I do?

“In these moments you have to keep your head up and to play the rest of the game. I tried everything but what can I say? It was a bad decision by me and mistakes happen.

“But it is finished. The game is finished. I’ve forgotten it already. Now it is the national team and in two weeks we have Manchester United.”

The centre-back continued: “We didn’t expect to start the game like we did. In the first 10 minutes we conceded an early goal and after my mistake it was a poor performance, I would say.

“The early goal, I would not say it killed us but it is disappointing when you start like this. Then the second goal also, it is tough to go in at half-time when you’re 2-0 down.

“We tried everything in the second half, we tried to play with three at the back but after the red card it was tough to come back.”

Alongside Martin Skrtel in the middle of a settled defence, Lovren had helped Liverpool to record three successive clean sheets before the loss against West Ham.

“This is a big year for me,” admitted the No.6. “I said I needed time to have a full pre-season with my team and this is an important thing for me.

“A game like this, it happens. Mistakes happen and they were cheap goals. But I don’t think it will shake myself and the team so we will go again straight away to find our form and win at Manchester United.

“We need to keep our heads up in a tough moment. We need to work hard and forget this as soon as possible. I know that we will do better, definitely better. We have to do it for us and the fans.”