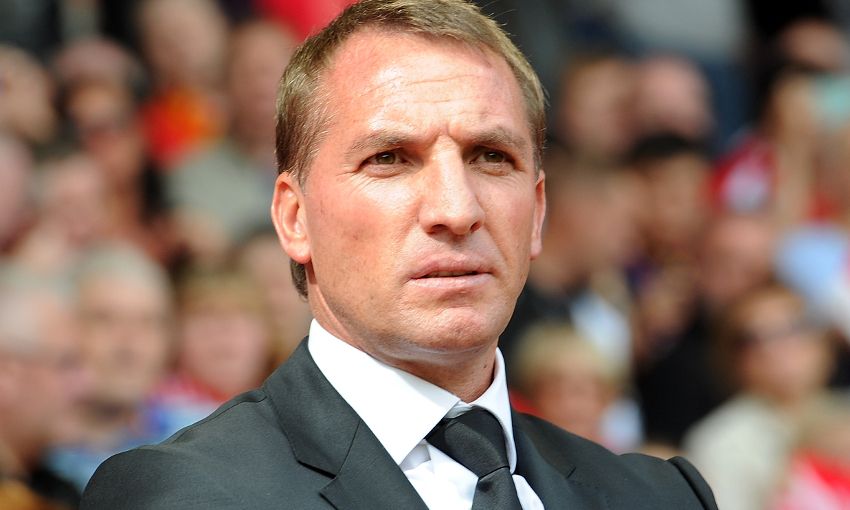 Brendan Rodgers admitted that Liverpool were disappointing as they failed to recover from conceding an early goal in their 3-0 defeat against West Ham United on Saturday.

The Reds came into the Anfield meeting with the Londoners having taken seven points out of nine to start the season and with three consecutive clean sheets too.

But Manuel Lanzini notched in front of the Kop within three minutes and by the half-hour mark, Hammers captain Mark Noble had side-footed in a second.

A red card for Philippe Coutinho early in the second half made the task of a comeback even harder and though Noble was also dismissed late on, Diafra Sakho bagged a third in stoppage time.

“We were disappointing today,” Rodgers said at his post-match press conference.

“We arrived into the game with confidence high but when you give away a goal so early in the game, it gave West Ham the boost and the lift that they needed, because they have shown in their two games away from home now that they can sit in and defend in a low block well. That seemed to set us back a bit.

“We obviously then conceded a second goal, which was difficult to take. All of a sudden we were right up against it.

“Coutinho getting sent off, which I thought was extremely harsh, set us back. From that first period in the game, we never really got going.

“It was the overall performance. I felt we disappointed right from the off, really.

“Once we conceded that early goal, we just couldn't get back into the game again. Our overall performance with and without the ball will be much better in the future.”

The manager continued: “Up until today, the morale and confidence has been really high and we've been developing and improving.

“We know today a lot of it was self-inflicted in relation to the result. We gave poor goals away and that was the biggest disappointment.

“I'm lucky that I work with a very honest group who work very hard on the training field. There's a lot of analysis behind that as well and we'll now get ready for the next game.

“At this level, you have to be able to bounce back – and that'll be the job in the next game.”

Many Reds players now depart for international duty, with Liverpool back in action with a trip to Manchester United in a fortnight's time.

But Rodgers and his squad will carefully assess what went wrong against West Ham, as they do after each fixture, before that clash at Old Trafford.

The Northern Irishman said: “We'll learn from it.

“In both winning and a defeat, we'll always analyse every game, it's not just when you lose. When we've won games and drawn games over the course of the first three, we've sat with the players and analysed the areas where we can improve and the good elements of it.

“So it'll be no different to this game, it's still the same. You have to be better and you want to be better in your next game and that'll be the case once the players get back from international duty.”

Rodgers added: “It’s going to be a real difficult league to get your home wins in.

“For us, our concentration is to win here at home – we love playing here and the support has been brilliant for us.

“Today we disappointed. In the first three games we've given them that hope again, but today we're all disappointed.

“We've got seven points out of 12, the players will go away internationally, they'll come back, we'll re-focus again and look to put in a much better performance away from home [at Manchester United].”