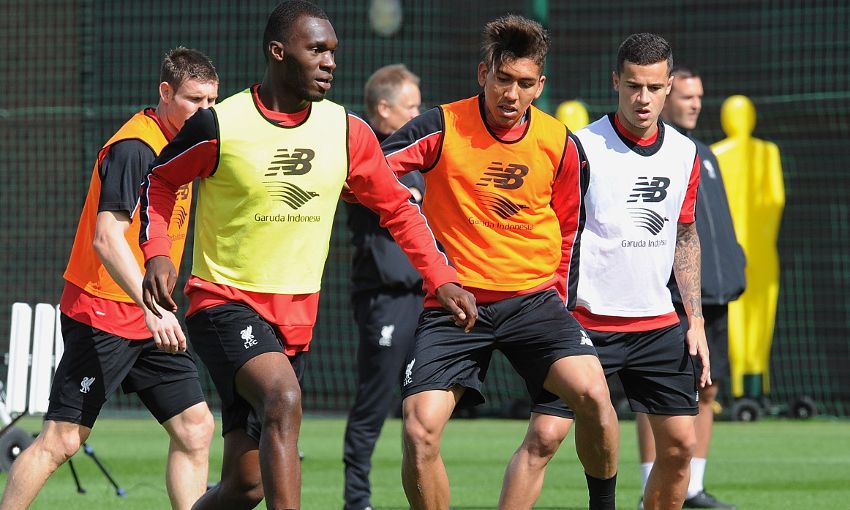 Brendan Rodgers has spotted signs in training that the link-up between Christian Benteke and the attacking talent alongside him is quickly developing.

Three games into his Liverpool career, the Belgium international has already shown exactly why the club was so keen to secure his signature in the summer.

An Anfield winner against Bournemouth has been the highlight so far but Benteke’s all-round play offers a focal point to thrive off for those around him too.

He was a constant thorn in Arsenal’s side on Monday, whether it was with his aerial dominance, ability to dribble at speed or use of the ball.

The No.9 is also wasting little time in striking up what could be fruitful combinations with the likes of Philippe Coutinho and Roberto Firmino.

“Good players can play together,” said Rodgers. “You see the runs and the movement.

“I’m glad for Christian because he came here and all the headlines were about him just being a battering ram up front.

“He has shown fairly clearly, especially in the game the other night, that he’s a wonderful footballer as well. He gets some coverage which is a little bit misguided just because of his size and frame.

“But I see in the games and in training that he’s got a wonderful touch for such a big player. His movement, you see he can run in behind, he’s mobile and athletic.

“That combination with him, Firmino and the other guys coming in is improving every day in training.”