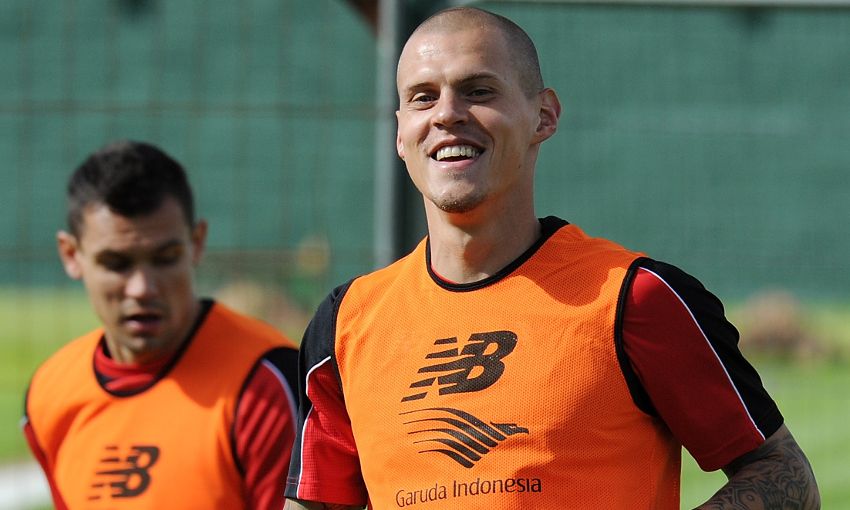 Brendan Rodgers has revealed that Liverpool's flawless defensive record in 2015-16 is a product of extra training sessions focused specifically on tightening up at the back.

The Reds have yet to concede a goal in the Barclays Premier League this season, a fact that has helped them accrue seven points from a possible nine across their opening three fixtures.

And the manager is keen to emphasise that such solidity is no coincidence, with his staff and players receiving praise for their commitment to keeping the 'goals conceded' column clear.

"We've put in extra work and extra focus on [defending], we're doing extra sessions in every aspect of our defending," he said.

"Both in terms of in the game from static positions, moving positions, and our set-pieces as well.

"We're putting in an awful lot of work into that organisation. I think it's one of the things I picked up on last season, we brought in a lot of new players into a system [and] we felt they were coming in with a profile [and] could maybe settle into it quickly.

"But the learning aspect from that was that we needed to do more on [the defensive] front this season and that's something we've done.

"The coaches have been outstanding in their support of that and the players are just making sure they're clear in terms of their role and responsibility, first and foremost without the ball, and then with the ball."

Although Liverpool have defended impressively this term, their three outings have yielded only two goals in their favour.

Rodgers doesn't believe the balance of the team has been compromised, however, and insists fluency in attack will come given time.

"If you look at how I've always worked over the course of my career, the defensive element, the pressing organisation, is critical to that," he added.

"There are certain games, tactically, where you'll set up slightly differently, like we did at Arsenal.

"The plan was to attack and dominate the space in the game and I think we did that fairly well.

"It doesn't compromise [the attacking play] at all, I'm happy with the evolution of the team this early but with more to come from it. It bodes well for this season."

The team's defensive cohesion this season is made all the more impressive by the fact that half of the back four is made up of players who only recently joined the club.

Nathaniel Clyne and Joe Gomez have been two of the stand-out performers at right and left-back respectively, contributing effectively in both defence and attack.

Gomez's seamless adaptation to top-flight football following a summer switch from Charlton Athletic at the age of just 18 has taken many observers by surprise - but not Rodgers.

"I still think there's a lot more to come from him," the boss enthused.

"If you think, he's playing in probably his third best position in the back four, he's a centre-half who can play at full-back but predominantly has played at right-back.

"We've asked him [to do that] but had confidence that he was able to cope playing on the left-hand side.

"You see from the three games, he's a wonderful athlete, he's a good size, he's fast, he's got power and strength, but he's also got a good football brain.

"To come in and play with the personality that he's done has been great to see, but we saw that over the course of pre-season.

"He's got a very, very good personality to play at this level because he's very humble.

"He doesn't think he's made it by any stretch of the imagination, he knows he's still got a lot to learn but we know we've got an outstanding talent and hopefully he'll continue with that development."

And on Clyne, who arrived from Southampton having already establised himself at international level, Rodgers said: "I think he's an outstanding player.

"First and foremost, he wants to defend. He's the best England right-back, clearly, and you see that in his play.

"He's just slotted in with so much ease. He's an ultimate professional, he comes in, he trains every day, he listens, he wants to learn, he wants to improve himself and be a better player.

"He's still young but he's been playing since 17 years of age and you can see in his game where he wants to defend first, gets tight, can get up to people, knows how to use his body to good effect.

"Then you see when he breaks forward his athleticism, he really wants to go and get up and join in the attack.

"I think he's an outstanding player and hopefully he will be here and play to that level for a number of years at Liverpool."