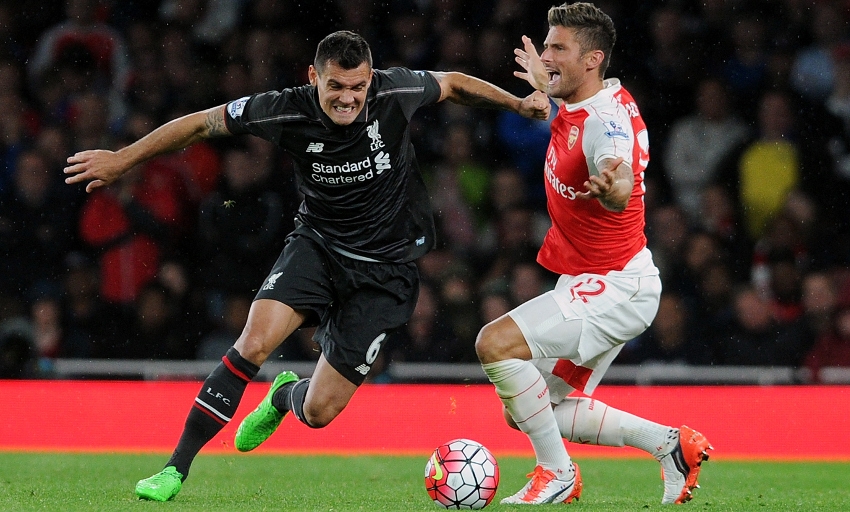 Liverpool can derive plenty of positives from their goalless draw at Arsenal on Monday night, even if they left the Emirates Stadium with a tinge of disappointment at not winning the game, insists Dejan Lovren.

The Reds dominated the first half in north London, with Philippe Coutinho twice cracking the woodwork and Christian Benteke being thwarted by Petr Cech at close range before the break.

The Gunners troubled the visitors much more in the second period; however, Lovren feels Brendan Rodgers’ side can be pleased with the manner in which they thwarted the home team’s attacking impetus.

The centre-back told Liverpoolfc.com: “We knew it was going to be a tough game – and we lost here last season – but after the first two games of the season, we had a lot of confidence, so we came here looking for three points.

“I’d say we’re disappointed [not to have won]. Especially in the first half, we had so many chances. They also had some good chances.

“But I think we were defensively perfect and everyone did a great job. We need to continue like this and the goals will come.”

There could have been little argument had Liverpool collected all three points, such was their first-half display, but they were ultimately left to rue a fine performance in the Arsenal goal by Cech.

“The first thing for us was not to concede and then after that, to finish [chances],” added Lovren. “Cech was amazing and made a brilliant save from Benteke on the line.

“But in the end, it’s a good point because we know it’s tough here every time.”