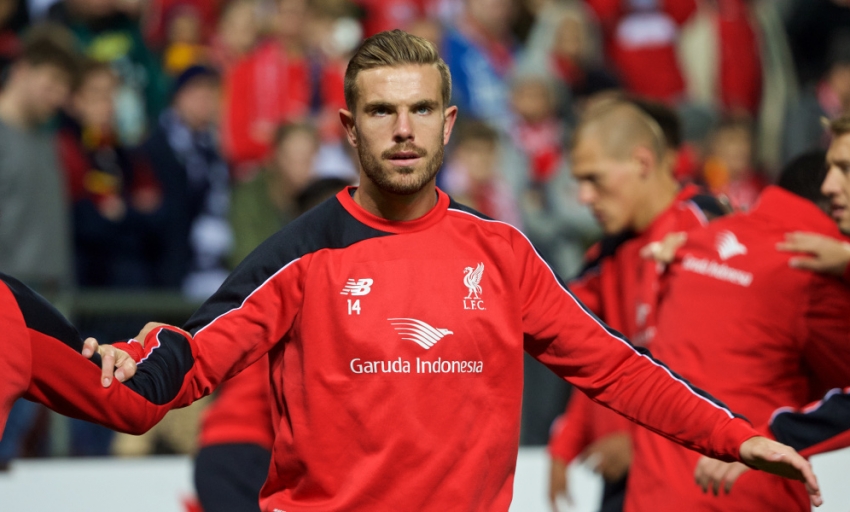 Liverpool will use the frustations of last season to push themselves onto greater heights next term, Jordan Henderson has declared.

The Reds failed to build on their second-placed finish in 2013-14 as they slipped to sixth place in the Barclays Premier League and suffered disappointment at the semi-final stage of both domestic cup competitions last time out.

Though the upcoming new campaign offers the chance of a fresh start, newly appointed captain Henderson admits those setbacks still play on his mind.

But he is determined to use them as motivation to improve this year, starting with the opening day clash with Stoke City.

"I still think you tend to think about it," he said during an exclusive sit down with LFCTV, which is available now on LFCTV GO.

"I mean, you've got to put it to bed but in the back of your mind it's always there.

"I think that's a good thing because we always want to try and improve and we will use it to want to do better.

"So even though last season was a disappointing one for us we can still use that going forward for this season in a positive way and hopefully we can do that come the first game.

"That's where we finished our season poorly. We were really down and it was disappointing how we did end the season but I think the first game of the season is a good way to put that right really."

The 24-year-old also insisted that he and his teammates are fully aware of the issues that caused them to fall short last season.

And he has promised that the hours are being put in on the training ground to ensure mistakes aren't repeated.

"We've obviously talked about the problems that we had last season," he continued.

"We are working on it in pre-season and obviously try different things but it's been freshened up as well with the new staff and some new players.

"I think that's really freshened us up and like I say everything is looking positive so far, but we've got to keep going, keep working hard and pushing ourselves to the limits then come the first game of the season we will be raring to go."

After coming so close in both regards in 2014-15, Jordan underlined his desire to both claim a trophy and clinch a return to the Champions League next term.

"I think definitely winning something, winning a trophy," he explained.

"Also getting back in the top-four and the Champions League. This football club deserves to be playing in the Champions League every year so that will be a big objective, and then once you are in and around that top four you never know what can happen.

"We'll be pushing on from there, but like I say it is early days and we've got to take each game as it comes and hopefully we can start the season off well and then build from that."