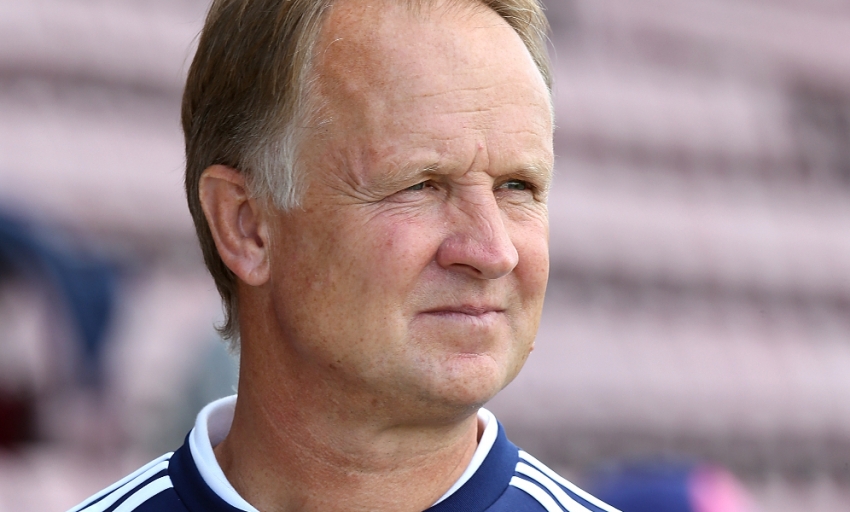 O'Driscoll joins the club as assistant manager to Brendan Rodgers, while Lijnders takes on the newly-created role of first team development coach after 12 successful months at the Academy.

Rodgers said: "I have made these appointments because I want to take us in a new technical direction, in terms of coaching.

"I believe the entire first-team set-up will benefit and I am extremely positive and excited about what we can achieve, as a group, going forward."

O'Driscoll arrives at Anfield with a wealth of coaching experience, most recently as England U19s manager. He's also been at the helms of Bournemouth, Doncaster Rovers, Nottingham Forest and Bristol City.

"My admiration for Sean, as a professional, is well documented," said Rodgers. "He is someone with a clear vision and philosophy and has proved he has the ability to transfer that knowledge, through his coaching, to the players.

"I am looking forward to working with him and also learning from his experiences and gaining valuable knowledge from his expertise."

O'Driscoll added: "I am excited to be joining one of the world's most iconic football clubs. The hallmark of any successful club is its culture and that comes from the people who work there, from the chief executive and first-team manager to those people behind the scenes whose faces may not be known but who are the lifeblood of the club.

"From the moment I drove into Melwood last week and was greeted by Kenny the gateman, I could not have been made to feel more welcome. If you are going to have any level of success these people are as crucial as the players; from my experiences so far it is clear everyone wants to help this club succeed."

Lijnders, who held roles at PSV Eindhoven and FC Porto prior to joining Liverpool in 2014, oversaw the development of the club's U16 group last season.

He will continue to work with the elite talent at the Academy as part of his new brief, which has been created in line with the new technical approach to coaching undertaken by the club.

And the senior squad are now also set to benefit from his regular presence at Melwood.

Rodgers said: "This presents a fantastic opportunity for Pep and one I know he will grasp with both hands.

"He has excelled at the Academy and I believe this is the perfect time for him to make the step up to the first-team set-up and use his talents for the benefit of the senior squad.

"Pep displays a passion and enthusiasm for his profession that is truly infectious and I believe will have a positive impact."

Lijnders added: "I feel proud and honoured to work closely with Brendan and his staff. I couldn't think of a better attacking manager to assist.

"Everybody knows how I feel about representing this amazing club. The owners have a clear and strong philosophy which is based on developing top young players into elite - I want to thank them for giving me this opportunity.

"I had a great first year at the Liverpool FC Academy; Alex [Inglethorpe] and his coaching staff are creating something unique there. Again, I am proud to be part of the team and we will give everything."