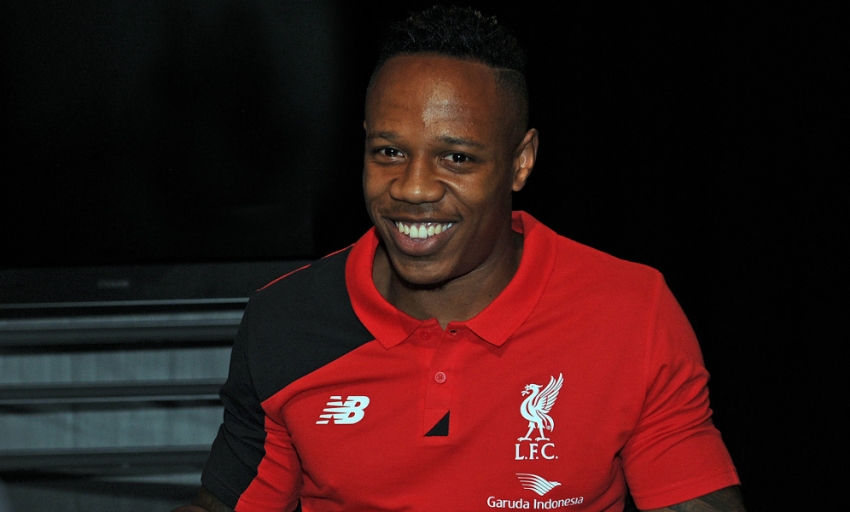 Nathaniel Clyne has explained why he believes Liverpool is the perfect setting for him to fulfil his vast potential and challenge for silverware after sealing a switch to Anfield.

The England international became the Reds' sixth signing of a busy summer so far when he completed a transfer from Southampton on Wednesday.

Clyne's rise to prominence has been a swift one since he moved to St Mary's from Crystal Palace in 2012, but he arrives at Anfield insisting that working under Brendan Rodgers' tutelage will enable him to take his game onto the next level.

As the ink was still drying on his long-term contract, the 24-year-old sat down with Liverpoolfc.com to discuss exactly what joining the Reds means to him and his short and long-term hopes and ambitions.

Scroll down for a full transcript of Clyne's first LFC interview, or if you're an LFCTV GO subscriber, click play on the embedded video below to watch the chat in full.

Nathaniel, welcome to Liverpool. How are you feeling? What kind of emotions are you going through right now?

I'm obviously happy - I'm happy to have signed for Liverpool. I'm delighted and it's a dream move for me to come here and play for such a big club like Liverpool with all of its history. I can't wait to get started.

Has it been a nervy few weeks since you found out about the firm interest from Liverpool, praying that everything went without any hitches?

Yeah, definitely. As soon as Liverpool showed their interest in me, I was happy and just wanted the deal to go through. Everything went well, so I am happy.

Your name is well known to anyone who follows the Premier League. You've been linked with a few clubs, but why Liverpool? Why was it the right fit for you?

It's a club that I like the way they play and their style. The gaffer has shown a lot of interest in me and this is a place where I can improve as a player, I think. It's definitely a good opportunity to come here and try and fulfil my potential.

You mentioned the manager there - has he been a big part in your move? He's shown before young players will play a part here...

Definitely. He works with young players and helps them progress. I still think there is a lot to come from me and hopefully he can bring the best out of me.

What has he said to you about how you can improve further?

He's said he can do one-on-ones with me if it helps and do individual training sessions. I'm looking forward to it. I am going to work hard to try and get myself into the team and be the best player I can be.

I remember an interview that you gave very early on in your career where you spoke about trophies being something you wanted to look back upon at the end of your career and win as much as possible. Do you think Liverpool can help you achieve that?

Yeah, definitely. You can see we've got the players to do it. I'm sure with all the competitions we're going into this year, we'll be going into them looking to try and win them. That's where I want to be - I want to be competing for all the titles and trophies that are available. Hopefully we can have a good season and come out of it with some silverware.

You walked in here with a massive smile on your face. You said when you got the initial call up to England your mum cried. What was her reaction when you told her you were coming to Liverpool?

She was over the moon - absolutely delighted for me. She said that dreams do come true! I'm happy to put a smile on her face. She's been a big part of my life growing up in football and being successful. I'm happy and so are my family, so it's all good. It's a big day for my family as well.

Your brother was a big part of your early career as well, dragging you along to football in the first place. What were his emotions when you told him you were coming to Anfield?

He's chuffed as well. He's slightly jealous it wasn't him! But I'll be living the dream for him, so it's good.

Your rise to prominence has been meteoric - Southampton, the England call up and now the move to Liverpool. Are you surprised by how quick it's been?

Yes, it's been quite quick. I've been progressing as a player, but I'm fully confident I am good enough to play for a team like Liverpool. What I need to do now is show that.

You were away in America during the break and we believe you saw a little bit of Adam Lallana while you were over there. Did you ask him about Liverpool?

We spoke a lot. He said he wanted me to sign and I said if the deal moves along and gets done, I'd be with him as a teammate once again. We enjoyed our time over there in America - it was brilliant.

What was Adam saying about Liverpool?

He said it's a good club - a big club with a huge fan base. He said the team is good and a good bunch of lads. He told me I'd be made to feel welcome if I joined.

How does it help you knowing so many of the lads from Southampton and England?

I suppose it'll help me settle down with the team. Knowing a few of the players at the club is good. I can join in with the lads and I reckon I'll settle down easily.

Is it good news that you'll get to go away on the club's pre-season tour of Thailand, Australia and Malaysia and spend two weeks with the lads and get to know players you've not met before?

Definitely. It's good going away on tour with the team - I'll get to mingle with the lads, so that will be good. I've never been on a big tour like that before, so it'll be a great experience for me to see all the fans over there. I am looking forward to it.

Is anything going to prepare you for the welcome you'll receive from those Liverpool fans? Adam Lallana went through a similar thing in America last year when the manager said to him he didn't think he'd realise how big the club is until he saw those fans...

A lot of people have been telling me that there is a big fan base out there, so I am interested in seeing it for myself. I would like to play in front of them and put on a good show.

When you look at Liverpool as a squad and the set up here, do you think they can improve on last season?

Yes, definitely. There is room for improvement and you can see with the signings that have been made, we're pushing for it. If we get a good pre-season out of the way and start the season brightly, it'll be looking good.

I've played at Anfield before and know what the atmosphere is all about. It's a great atmosphere and will make me rise to the challenge. When the crowd is roaring, it makes me go that little bit more. I'm really looking forward to it and hopefully it can push me on to putting on good performances.

Finally, it's probably been a whirlwind few days but you are a Liverpool player now. Can you sum up your feelings?