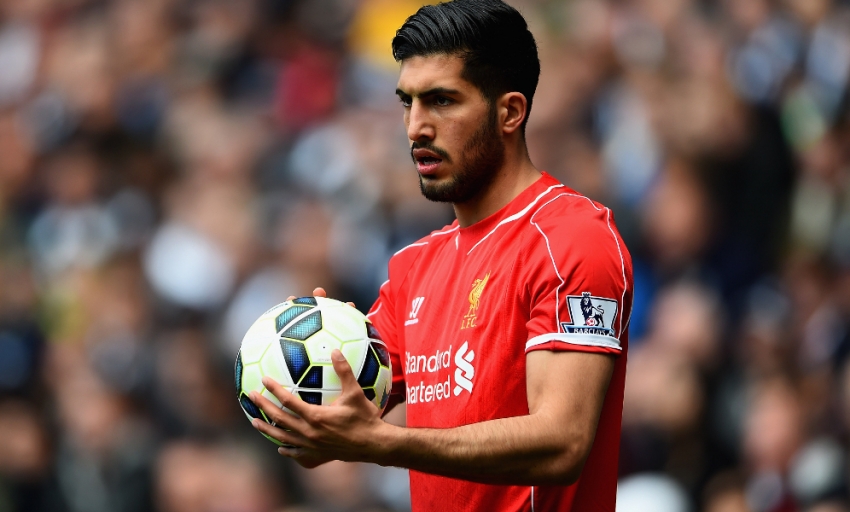 Gallery: How the 1981 European Cup was won

Emre Can is keen to follow up a promising season spent mostly in Liverpool's defence by accepting the responsibility of stepping into midfield in 2015-16.

Since breaking into Brendan Rodgers' starting XI in December, the German has switched between playing at centre-half in a back three and right-back in a four.

But central midfield remains the preferred position for the 21-year-old, who has impressed fans and teammates alike during his first year at Anfield.

"[Brendan] talks all the time with me," Can told The Anfield Wrap podcast. "He sees me as a midfield player and I hope next year to be playing in midfield.

"Of course he talks with me every day and says what I can do better. He helps my game. He wants to play football and that's what I want. That's why I came to Liverpool."

The Germany U21 international also discussed making the switch to the Barclays Premier League from Bayer Leverkusen last summer.

He admits it was a difficult decision for him but says the physical nature of the English top flight is more suited to his game.

"It was a big move, of course, because it was the first time that I [left] Germany," Can continued.

"It wasn't easy because I didn't speak the language so well but now I've improved my English, it's a little bit better.

"In the Premier League every game is a tough game and the bottom team can win against the top team. It's a lot stronger and faster. For me this is good because I don't like it if the ref is giving everything as a foul.

"I try to give everything in every game and give 100 per cent. That's what the fans see and it's a big honour for me that they love me, and I love them - they're great fans."