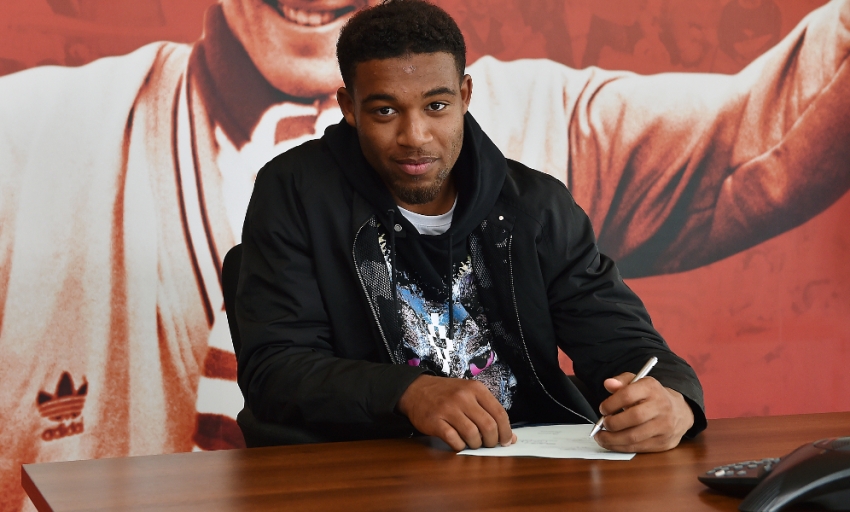 Liverpool FC are pleased to announce that Jordon Ibe has today signed a new, long-term contract with the club.

The 19-year-old winger, who joined the Reds' Academy back in 2011, put pen to paper on the deal ahead of Sunday's season finale.

Ibe concludes the campaign as part of Brendan Rodgers' first-team squad, having spent the opening half of 2014-15 on loan at Derby County.

Since being recalled from the Championship side midway through January, the No.33 has impressed in 13 senior appearances for Liverpool.

Immediately after committing his future to Anfield, Ibe told Liverpoolfc.com: "I'm over the moon. It's something I've been looking forward to. I've spoken to the gaffer and I'm happy it's over and done with. Now I just want to kick on into next season, as well as the last game of this one.

"Liverpool are a great club and I like the philosophy here. I'm enjoying it - I've just been brought into the first team and I've enjoyed the games I've played in. Hopefully I can just keep doing well at the club.

"I have been given the chance to play quite a few games and I've enjoyed it. As I said, I just want to take that into pre-season and then next season, continuing with how it's been since I've been back here."

Rodgers added: "He has thoroughly deserved it.

"He is a young kid that has got a lot of potential; he still has a lot of work to do to become that consistent performer at the top level, but there's no doubting his potential and he has really grown and developed over the course of the last season.

"He came back from Derby and had taken on board all that he was coached there and had done exceptionally well.

"I could see the change in him then. He was very focused and came in and did exceptionally well. Unfortunately, he got injured in Besiktas and that kept him out for a little bit.

"It has just taken him a bit of time to get back up to speed again. He's a great talent, a big talent here for the football club and I'm delighted that he has been able to sign and commit to the future of the club."