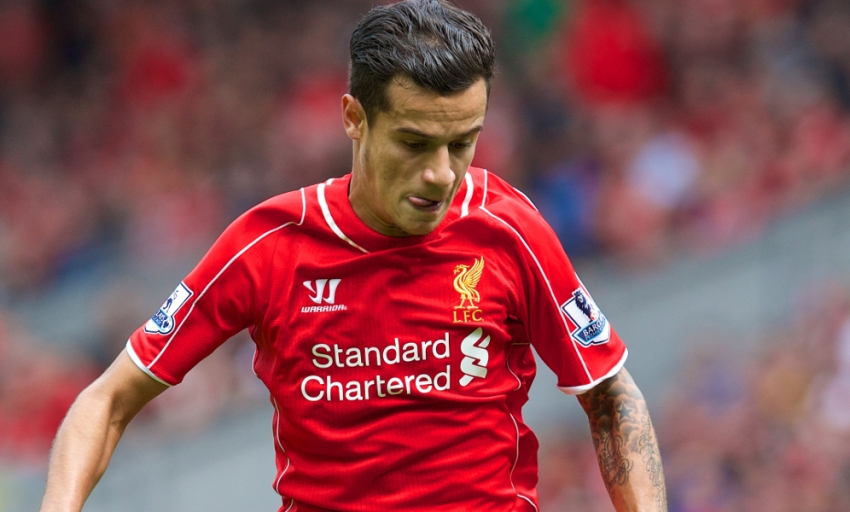 Philippe Coutinho's inclusion in the PFA Barclays Premier League Team of the Year yesterday was merited, according to Brendan Rodgers, who labelled the No.10 a 'catalyst' for Liverpool.

Ahead of the association's prestigious annual awards ceremony on Sunday evening, their best XI from the top flight was revealed - with the Brazilian taking a spot in midfield.

Rodgers felt such recognition was fully deserved for a player who has thrilled Reds fans since bringing his magical touch and vision to Anfield from Inter Milan two years ago.

"It's fantastic for him," said the manager. "We all know what he's given to the team since he came here, in the last couple of seasons.

"But it's also nice for him that other players recognise that as well. For him to be in there with a host of players with great quality, he sits well placed in amongst that.

"I'm delighted for him. He has been absolutely brilliant in his time here and this season he has been a real catalyst for us."

Liverpool would appreciate some more of Coutinho's class when they travel to Hull City for a Premier League clash at the KC Stadium on Tuesday night.

The objective for Rodgers' charges is simple - claim three points to reduce the gap to the top four and preserve hopes of Champions League qualification.

"That's our target going into every game," the boss continued. "It will be a tough game away at Hull, they had a good result at the weekend.

"For us, the idea is to go in and see if we can get the victory and just keep putting as much pressure as we possibly can on the teams above.

"It's a difficult game. We had a disappointing performance there last year; they are a good side with good players, they are a threat with the two boys up front.

"They play 3-5-2 and there's not a lot of space in the final third, so you've got to be patient to break them down.

"Obviously they have got good passers in midfield with Tom Huddlestone, who is a wonderful passer of the ball. So we respect them and know that it will be a difficult game."

Rodgers added: "We have set new goals for the remainder of the season. It's really focusing on our performance level in order for us to win.

"If we can win the games, then that will automatically put pressure on. The teams above us obviously have the clear advantage, but you can only affect that by winning games.

"That will be our idea, starting tomorrow evening. If we can do that, it gets [the gap] down to four points.

"Manchester United have got West Brom at the weekend, we have seen how difficult it can be to play against Tony's team. We can only really focus on ourselves.

"But as we saw last year, lots of changes can take place in the last five games or so. We just have to be prepared to give everything to finish as high as we can."

Why not join Philippe Coutinho at the 2015 LFC Players' Awards? Click here for details.