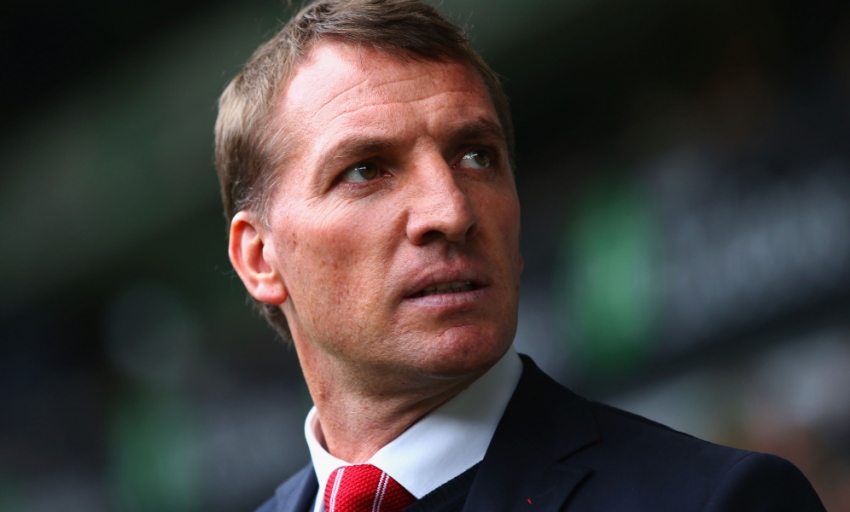 Reds held by Baggies at the Hawthorns

Brendan Rodgers believes Liverpool would have taken all three points from Saturday's goalless stalemate with West Bromwich Albion had they been more clinical in the final third.

The Reds dominated possession for long periods of the contest at the Hawthorns and crafted several chances to break the deadlock - most notably when Jordon Ibe struck the crossbar after a neat one-two with Mario Balotelli carved open the hosts' defence.

However, Rodgers' side were ultimately left frustrated as they were forced to settle for a point in the Midlands.

Afterwards, the manager told his post-match press conference: "I thought the level of our game, in particular in the second half, was very good. Our intent in the game was to win and you could see that. We just needed a little break.

"West Brom defended very, very well. They play with a really low block, so you've got to be patient and work your way through - and I thought in the second half, we did that very well.

"In the first half the idea was good, but we were probably just a little bit slow in our play. The second half was much better and we needed that little bit of luck or quality, which didn't come our way."

The Reds created opportunities at the Hawthorns, firing 22 shots at Boaz Myhill's net, but Rodgers' charges could not produce an effort capable of beating the Baggies goalkeeper.

Finding the target in this campaign has proven a sterner challenge than it did during last season's free-flowing run - and the boss acknowledged it's something to be addressed.

He said: "We just don't score as many goals - it's as simple as that. The players are giving the same effort, the same attitude and the skills they are transferring from last year are the same.

"We had two players last year who played in our front three who between them got 50-plus goals, and we don't have that. But as a team, the players are giving absolutely everything.

"You saw today that they gave everything; there was some really good bits of play, clever bits of invention around the box. It's just that final little piece.

"The numbers will tell you clearly in terms of our goals this year and comparison. This is the third season I've been here and they have grown each year I've been here.

"It's an area we'll look at in the summer and definitely one we have to do some work on. But I give credit to the players because they came out today after a difficult result and performance last week, and showed great confidence.

"We defended well when we had to and we attacked with all of the invention and creativity that we possibly could, but we just couldn't get that little bit of luck that we needed."

Overall, Rodgers admitted he was pleased with the response of his players following last weekend's FA Cup heartbreak against Aston Villa at Wembley.

Asked whether it had been a difficult task to raise the squad's spirits in the build-up to their trip to the Hawthorns, he replied: "No, it wasn't. Of course, the feeling of disappointment was there early on in the week, but in top-level sport you've got to move on from it.

"We probably got what we deserved last weekend after our performance. Today it was going to be important to at least perform well again, get the confidence back with the ball and look to create chances - and I think you could see we did that.

"It was a good response; we just couldn't quite make the breakthrough."

Securing only a point at the Hawthorns further increases the workload for Liverpool to successfully overhaul the top four and claim a Champions League berth.

Asked for his assessment of the situation following today's result, Rodgers admitted the size of the task but stressed that there'll be no concession from his team.

"It's very difficult," the Northern Irishman responded. "I felt that of the six games we needed to win five at least. We have now got five to go and we'll have to look to win them to give ourselves a chance.

"You never know what happens above you, that's the thing with football - you just never know. But what you have to do is make sure that you keep the pressure on.