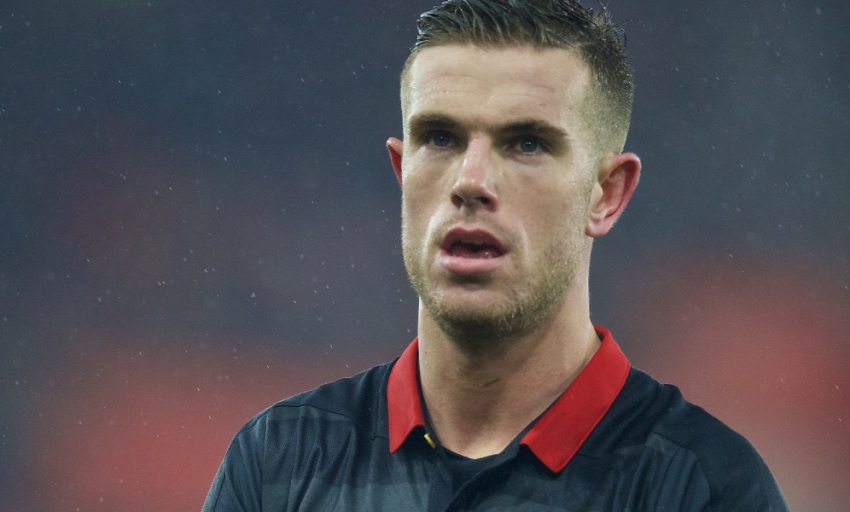 Kolo Toure has experienced almost everything to experience in football and yet the Ivorian is still left with a sense of wonderment when he watches Jordan Henderson in training and matches.

The Liverpool vice-captain is a relentless trainer, a player who won't settle for anything less than 100 per cent - a mentality that has been reflected in the midfielder's evolution at the club.

Thursday saw the England international commit his long-term future to the Reds by putting pen to paper on a new contract, much to the satisfaction of his teammates and manager.

"It's the best thing that could happen," Toure told Liverpoolfc.com shortly after the announcement. "For me, Jordan is an amazing player, he is a top character.

"He likes to take responsibility, working hard every day in training and is really focused. He helps teammates. He is a great leader.

"This boy is a great, great player. He has signed and deserved to sign. If you want to be one of the best clubs in the world, you need players like him."

The Henderson that has captained Liverpool on 18 occasions this season in the absence of Steven Gerrard is a different man to the one that arrived on Merseyside in 2011.

Learning from the inspirational skipper was always going to be beneficial to the former Sunderland player - and Toure considers that relationship to have been critical.

"He has been really lucky to be able to play with a player like Steven Gerrard," said the defender. "I can see him every day in training talking with Steven Gerrard, and that's really important.

"The way he plays is amazing. I have always thought he was a great player because I knew about him before. But you need time to adapt to a team and style of play.

"He was playing at Sunderland. When you come to Liverpool, there's more pressure. It took a little bit of time, which is normal for everybody.

"When you come to a club, you need time to gel and adapt. For me, he has been the best player this season.

"Last season, he was amazing and this season, for me, he has been the best player - scoring goals, setting up goals, fighting for the team and giving 100 per cent every day. He's a great example."

When Gerrard departs for LA Galaxy at the end of this campaign, Brendan Rodgers will have to carefully select a successor for the captain's armband.

Henderson should be a leading contender, according to Toure. The No.4 added: "He is a perfect replacement for him because the boy takes responsibility and that's what you need.

"You need leaders who can take responsibility - he is doing that and he loves it. The future is bright with him."