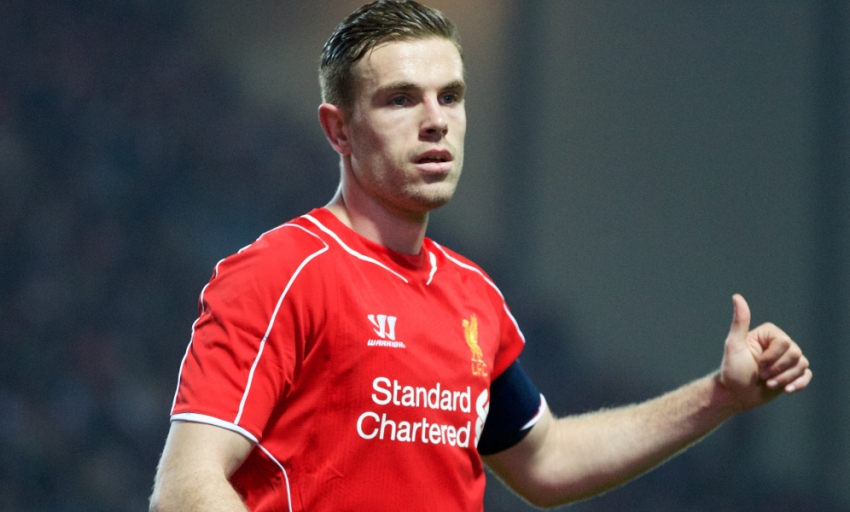 Pick up your Ladies programme

The ink was still drying on Jordan Henderson's new Liverpool contract as the vice-captain was targeting areas to improve his game – particularly in front of goal.

A long-term extension for the midfielder was sealed at Melwood on Thursday morning, almost four years after he first walked through the training ground doors.

In that time, the Englishman's stature and confidence has consistently grown and he's now a key figure under Brendan Rodgers as well as deputy to Steven Gerrard.

Speak to Henderson at any time, though, and there's a trademark theme - he wants to find ways of contributing more, affecting matches in a positive way for his team.

He said: "I still think I need to improve on goals and assists so I can have a bigger impact on games. It's just about working hard on the training field and doing the right things off it.

"At the start of the season my goals target was around the 10 mark, but throughout the season your position changes and your job changes within the team so then you can't really put a figure on it."

The 24-year-old has mustered seven strikes so far this season and weighed in with a plethora of assists for teammates as his ambition on the ball has increased.

It's a part of his make-up that Henderson is studying closely, watching the likes of Gerrard and how they typically attack space in an effort to excel going forward himself.

"Ideally, if you're playing as an attacking midfielder you want to be getting a minimum of 10 goals a season," the England international continued.

"Obviously you look at Stevie, who's done it for many years and scored a lot of goals in the Premier League. I think Frank Lampard's a good example of arriving in the box and scoring a lot of goals.

"I just need to continue looking to pick my moments. That's the most important thing for me - always making the right decision of when to make the run to try to break the line."