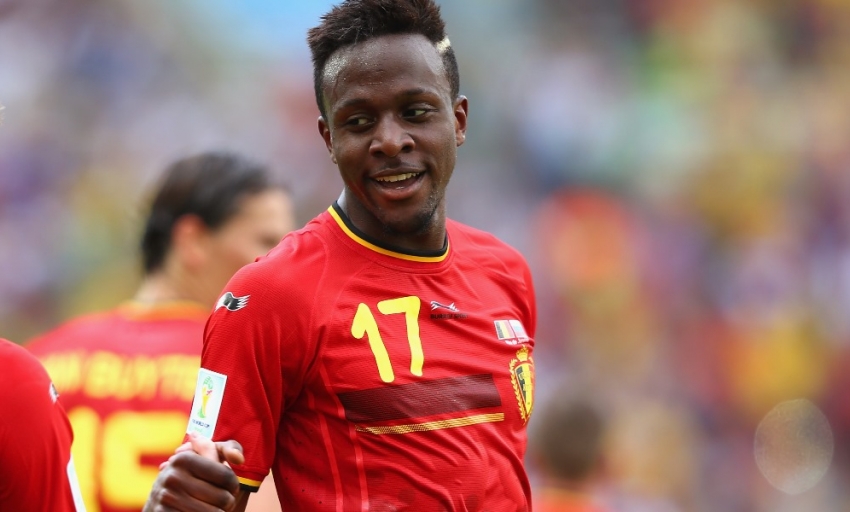 Divock Origi has revealed watching the development of fellow young players Raheem Sterling and Jordon Ibe under the guidance of Brendan Rodgers has further whetted his appetite for his summer switch to Liverpool.

The Reds secured the services of the 20-year-old last July after agreeing a deal with Lille. He was then immediately loaned back to the French club for the 2014-15 season.

Origi will move to Anfield following the conclusion of Lille's campaign, though with five games left to play in Ligue 1 and a Europa League place to chase, there's still plenty of work to be done before then.

Nonetheless, as he explained in an exclusive interview with Liverpoolfc.com, the striker is relishing the prospect of working under Rodgers.

He said: "To see the players develop and play in a top league in such a young team, for me it's very exciting.

"When you see how the coach and the staff work with the young players - how Sterling, for example, has learned over the years and how Ibe is now integrating with the team, it is very interesting. It is very nice to have seen that this season.

"For me, it's about giving 100 per cent every time on the field and I think the rest will come. I will just try to learn and I am sure everything will be OK."

Though fully committed to helping Lille achieve their goals in the remaining fixtures, watching from afar has only served to heighten Origi's sense of excitement at joining Liverpool.

The forward is an avid viewer of the Reds' games from France, even recording matches to watch afterwards if it clashes with his own contests.

"It was always a dream for me to play in the Premier League and to see my future team play makes me very excited for the new season."

Since the news broke back in July last year that Liverpool had signed Origi, fans have followed his progress via his official Twitter and Instagram accounts.

It's through these social media platforms that Kopites have delivered words of encouragement and praise for the youngster - and they've been very much appreciated by the man himself ahead of his switch to new surroundings.

"I think I already feel welcomed by the Liverpool supporters and I can see this is a family," explained Origi.

"The support they've given me has helped me a lot and shows the type of club Liverpool is. I'm sure I'll have a good relationship with the supporters.

"I'm somebody who when I feel loved, when I feel appreciated by the supporters, then I can give even more. It gives you a boost on the field. In Belgium it was this way, and I can see it at Liverpool.

"It makes me very happy and makes me want to do even more. It reflects the type of club Liverpool are and I am sure everything will go OK."

Origi has struck seven goals in Ligue 1 for Lille this season to aid their push for continental qualification.

Les Dogues have won six of their last seven matches, with their No.27 finding the back of the net four times during that run.

Origi feels the additional season in France has proven highly beneficial to his development as a player and believes he will be able to adapt much more smoothly to the Barclays Premier League because of it.

"After the World Cup, it was important for me to play a lot of games," he said. "The teams - and myself personally - wanted me to stay for one more season at Lille.

"I've learnt a lot with the coaching and the players and it has helped make me a more complete player.

"I think my form has reflected the form of the team. In the beginning it was good, we started off good and personally I scored some goals.

"Then it was difficult for us because of the Europa League and everything, it was something new for us. We also have a young team.

"But now, we're doing well, looking to end near the top of the league. We're doing everything to win the five games that are left and hoping for a European place.

"We're very happy, especially after the period that we went through. For ourselves, it's a mental boost and you can see in our game offensively we are stronger, take more risks and score more. That's what the game is all about. We're all very happy.

"I am just trying to enjoy my game, trying to help the team win and at the moment, things are going well. We're winning, so that's the most important thing. We have a very, very young team, so we try to help each other and try to finish the season in a good way."