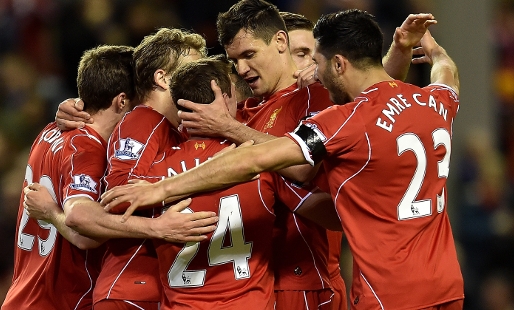 Following up FA Cup progress with a league victory over Newcastle United has given Dejan Lovren and his Liverpool teammates a timely confidence boost ahead of their trip to Wembley.

The Reds were too strong for the Magpies on Monday night, notching a goal in either half through Raheem Sterling and Joe Allen to claim maximum points in the Barclays Premier League clash.

In doing so, Brendan Rodgers' side achieved their 12th clean sheet of the calendar year, having also recorded a shut-out to overcome Blackburn Rovers in the cup last Wednesday.

Lovren insists the consecutive wins in the past week were not merely the ideal response to the disappointing reversals against Manchester United and Arsenal, however.

The centre-back feels the results have provided the perfect lift ahead of a journey to the national stadium for a meeting with Aston Villa in the final four of the FA Cup.

"We had difficult moments in the last few games against the big teams," he told Liverpoolfc.com. "It didn't go the way we wanted.

"But now, after the cup win and this game, the confidence is back. That is the most important thing. We just need to continue to be calm and do our job.

"We need to be calm this week, to prepare ourselves, because we know it will be a tough game against Aston Villa and we want to go to the final."

Newcastle arrived on Merseyside on a run of four straight defeats and fell behind early when Sterling's fleet footwork and finishing accuracy broke the deadlock at Anfield.

From there, John Carver's team grew into proceedings and might have been level at the break, Simon Mignolet making one particularly fine stop to thwart Ayoze Perez.

But Allen pounced on a loose ball to clip past Tim Krul with 20 minutes remaining and ensure Liverpool closed the gap to fourth-place Manchester City to four points.

"We knew that we'd have a difficult game and we knew that we needed to win if still want to be in the top four," Lovren assessed.

"We had a little bit of pressure because we are also waiting for the FA Cup semi-final, so it was a good win for our confidence. We just need to continue like this and I think we'll be fine for the semi-final."

Lovren has started seven of the Reds' last 10 fixtures and the Croatia international is thriving on the opportunity to build his belief with playing time on the pitch.

He said: "It was a difficult start for everyone, not just for me. Now I'm settled in and I'm enjoying playing. It was an important clean sheet for everyone's confidence.

"It was the first time Emre [Can] and I played together, because he's not used to being in the back four. He did an amazing job. He's doing a great job here at Liverpool. He can play in almost every position. He's unbelievable." 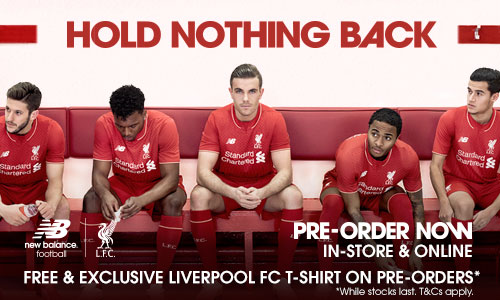