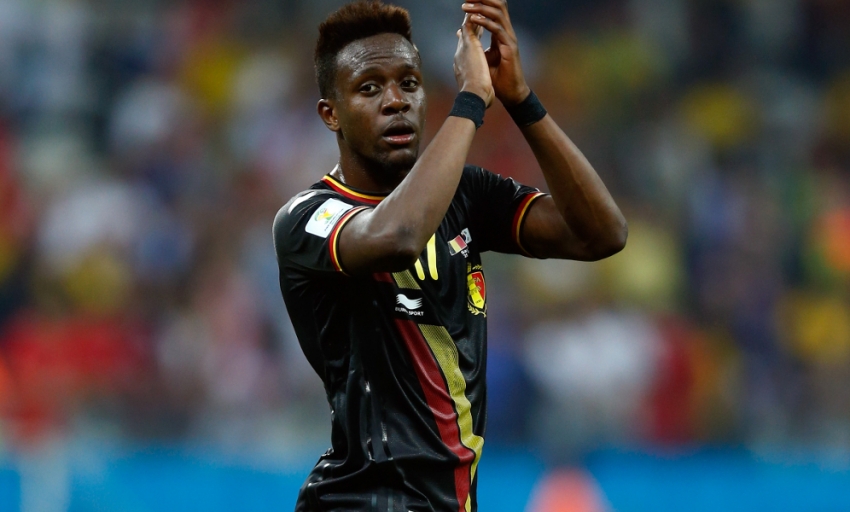 The recent international break gave an excited Divock Origi the perfect opportunity to quiz compatriot Simon Mignolet on exactly what to expect when he makes the move to Liverpool this summer.

Nine months have passed since the Reds sealed a deal with Lille to sign the Belgian international striker, who had been tracked by the club for a number of years before the switch was arranged.

Part of the transfer involved Origi remaining with the French side on loan for the current season and he has contributed seven league goals so far - including four in his last three appearances.

With the campaign nearing a conclusion, though, it won't be long before the 19-year-old sets up residence on Merseyside and begins to hone his natural goalscoring ability under Brendan Rodgers.

"When I spoke to him about the pre-season tour, the city, the club, Anfield and the supporters, he was really excited to come over," Mignolet explained to Liverpoolfc.com.

"I have spoken with him a fair few times about next season, pre-season and how he is going to settle in - not only at the club, but also in the city.

"He is looking forward to the pre-season tour and asked me what that's about because he's heard many things about that, and I told him no different.

"He's looking forward to next season and I think he'll be ready for the team when he comes in."

Much in the way that Lucas Leiva helped Philippe Coutinho acclimatise to England, and Jose Enrique has supported Spanish recruits, Mignolet plans to be a go-to guide for Origi.

The goalkeeper is keen to ensure his international teammate can hit the ground running upon his arrival, though he equally highlighted the forward's depth of experience already.

"I'll always be there if he needs me," said the No.22. "But he's more than mature enough, he has played professional football since he was very young and he is an international footballer, so that will help.

"I'm sure he's got more than enough experience. But if he needs a helping hand, I'll always be ready to help him out."

Origi drew acclaim for his performances at the World Cup in Brazil a year ago, with Liverpool overcoming serious competition to successfully capture his signature.

Mignolet added: "He's only a young player but I'm sure, from what I've seen in training with him, that he's a very good player and will do really well for us.

"He's very quick, he's got skill, he can hold the ball up and score a goal as well - what else do you want from a striker?

"He's got a good attitude to work hard in training, which is always important; he's willing to learn and accepts advice. I can only speak in good terms about him."