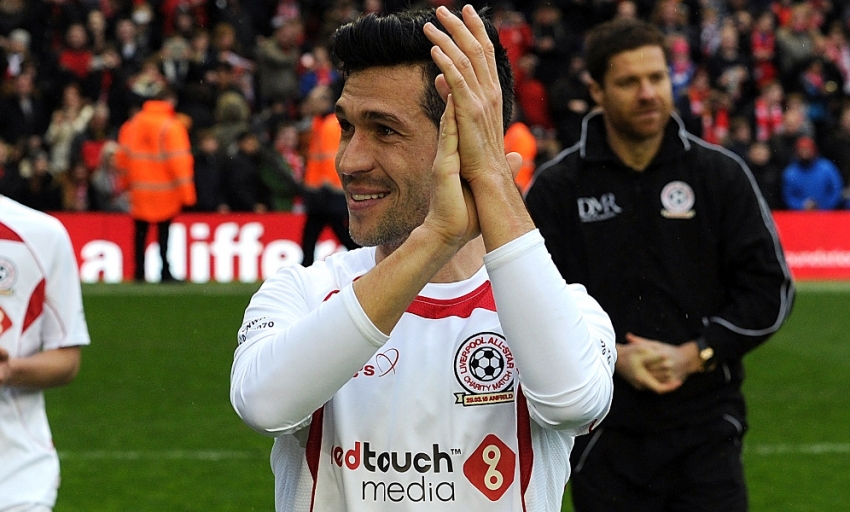 Henderson: I want to be here for years

It's fair to say Liverpool supporters hold a special place in their hearts for Luis Garcia – and the man himself admits it's very much a mutual feeling.

The Spaniard returned to Anfield on Sunday to take part in the All-Star charity game and received a rapturous reception from a crowd of close to 45,000.

It wasn't the first time Garcia has played in front of the Kop since departing the Reds in 2007, but nevertheless, he was still overwhelmed by the welcome he received once again.

"I said from the first day I left the club, there was a connection with the fans and myself," the 36-year-old told Liverpoolfc.com. "I am watching all the time - I watch all the games.

"To feel the support of the people every time I come to Liverpool, or from the Tweets I receive, what can I say? I love them - that's all I can say!"

Garcia was one of a number of former Liverpool stars to grace the Anfield turf one more time, some of whom were making their first return to L4.

He added: "It was an amazing feeling to be back. I was speaking with Xabi and Dirk and they wanted the chance to say goodbye to the supporters. It was brilliant.

"The LFC Foundation are doing an amazing job, but for the guys it was also a great atmosphere and a great game to say 'bye'."