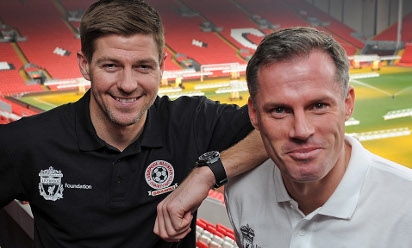 Nine new special guest participants have now been confirmed for Sunday's All-Star charity match at Anfield, with a number of former Liverpool players added to the sides.

The much-anticipated event has been organised by the Liverpool FC Foundation and is a sell-out, raising crucial funds for the Reds' official charity and others in the city.

Teams captained by Steven Gerrard and Jamie Carragher will do battle in a competitive game that will include current Liverpool stars not on international duty, young talents from the Academy and a host of elite names from across Europe.

Gerrard and Carragher made initial selections for their squad earlier this month, choosing from such quality as Xabi Alonso, Didier Drogba, Thierry Henry, Luis Suarez, Fernando Torres and many more.

Crystal Palace centre-back Scott Dann and Swansea City captain Ashley Williams will also form part of the No.8's options for the 3pm BST kick-off that can be watched live on LFCTV and LFCTV GO.

Meanwhile, Carragher can call on the services of three ex-colleagues too, with Stewart Downing, Peter Gulacsi and Harry Kewell returning to the home of their former club.

Manchester City full-back Gael Clichy completes the new additions for a line-up that will be captained by the legendary defender and managed by Roy Evans.

LFCTV HD will broadcast the match live and exclusively in the United Kingdom and Republic of Ireland, and the game will be available for fans around the world to watch on LFCTV GO.

For a comprehensive guide on how to tune in to live coverage of the game, click here.