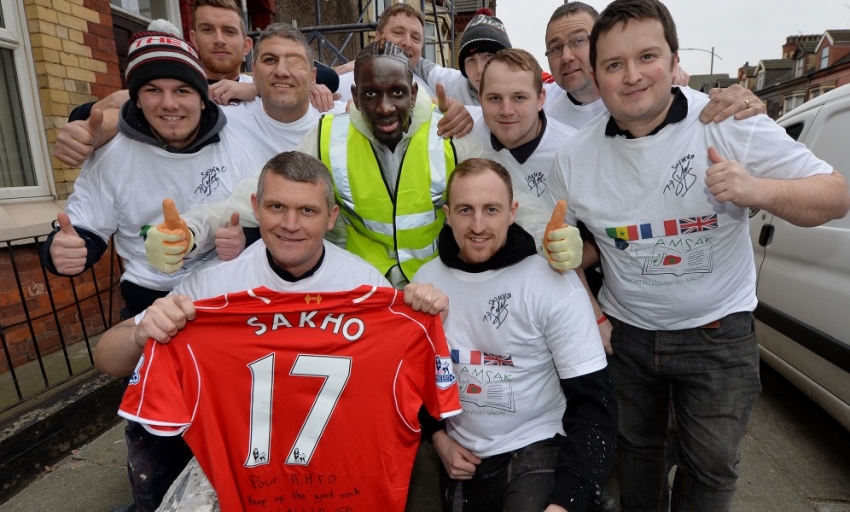 Mamadou Sakho continued his commitment to good causes on Merseyside by giving up an hour of his time to help a local charity with a spot of painting and decorating.

The Liverpool defender supported An Hour for Others, a community interest group in the city that asks people to volunteer 60 minutes on behalf of somebody in need.

Sakho, who turns 25 today, offered his painting and DIY services to a project renovating derelict properties into affordable housing for those at risk of homelessness.

The Frenchman has involved himself in numerous charitable initiatives since joining the Reds in September 2013 and is an ambassador for the Liverpool FC Foundation.

"I came to support An Hour for Others because we share the same values, and they are doing a great job," commented Sakho. "We are happy to support this charity."

An Hour for Others was the brainchild of Kevin Morland, a former painter and decorator who believed gestures like Sakho's could help to make a difference in Liverpool.

He explained: "I'm a painter and decorator, so at first I just thought it would be helping people out with a tin of paint and a paintbrush.

"Since then it's grown and it's been really successful. We've had so many brilliant people wanting to help. To see Mamadou here is just amazing.

"I just thought it was brilliant, in this day and age, for a footballer to come in, and he genuinely wanted to get stuck in and help us and give an hour of his own time to others."