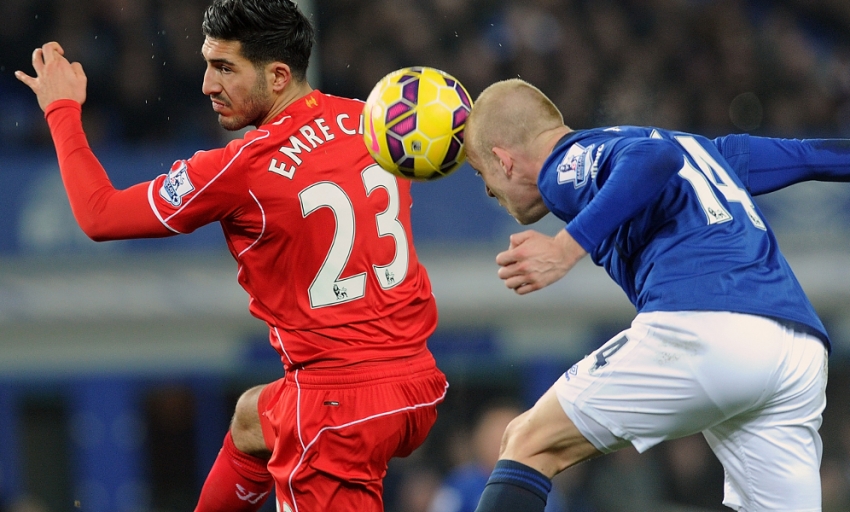 Brendan Rodgers felt Liverpool required a spot of fortune to translate a composed performance into three points when they clashed with Everton at Goodison Park.

The Reds were in control for much of the 224th Merseyside derby, limiting their opponents to a single shot on target, which arrived just four minutes before full-time.

Exertions in the opposite direction did not yield a goal, however, with youngster Jordon Ibe going closest by clattering a post from distance during the opening period.

That meant the visitors had to settle for a point rather than a fourth straight Barclays Premier League win, though Rodgers was encouraged by the showings of Ibe and co amid the intensity of such a clash.

"Over the course of the game, I thought we were clearly the better team," said the Northern Irishman post-match. "The balance in our game was very good.

"We switched off towards the end, in the last five minutes they had a counter-attack that led to their only shot on target.

"Apart from that, we defended very, very well and pressed the game well at the right moments and I thought we looked exciting in terms of our threat going forward.

"We needed a bit of luck in the final third of the field, we had opportunities both in the first half and the second half but just couldn't quite take them.

"But it's another clean sheet for us, a point away and we keep moving forward."

While ever keen to attack Everton with their fluid front line, to which Daniel Sturridge was introduced on 55 minutes, the Reds were again robust at the back.

The encounter brought a fifth clean sheet in their past eight fixtures. Rodgers reflected: "That's how we play - we opt to look to dominate the game.

"What was pleasing tonight was that in such an intense atmosphere, the composure of my young players.

"Look at Emre Can tonight, at 21 years of age he was like a Rolls-Royce at the back; he defended fantastically and his quality on the ball was very, very good.

"Young Jordon Ibe and the rest showed great composure, they connected the game very well in the team. We've now got a really solid structure and good stability in the team defensively.

"86 minutes was their first shot on target so that's a big credit to the team and how well they defended when they had to."

Ibe's name had jumped out when teamsheets were confirmed ahead of kick-off, given his first start since returning from a loan stay with Derby County this season.

The 19-year-old responded with a mature and adventurous display, worrying the hosts with his acceleration and speed at any and every opportunity.

"We were just waiting to put Jordon in," said Rodgers. "We called him back because we felt now he can really contribute.

"He had a great spell on loan which is what you want for your young players, to get that experience. He had an outstanding manager in Steve McClaren and a really good time at a good club.

"It was the time to come back and feature, and he obviously would have played in some of the cup games if he was available.

"I had no qualms about putting him in and it was a brilliant performance by him. He was unfortunate not to have scored with his run and strike, and also he had one at the back post where if he arrives a fraction earlier he probably scores.

"He has wonderful temperament and technique, and is tactically very good for a kid coming into that system, having to get forward and then know when to tuck in as well. I was very pleased for him in the intensity of that game."