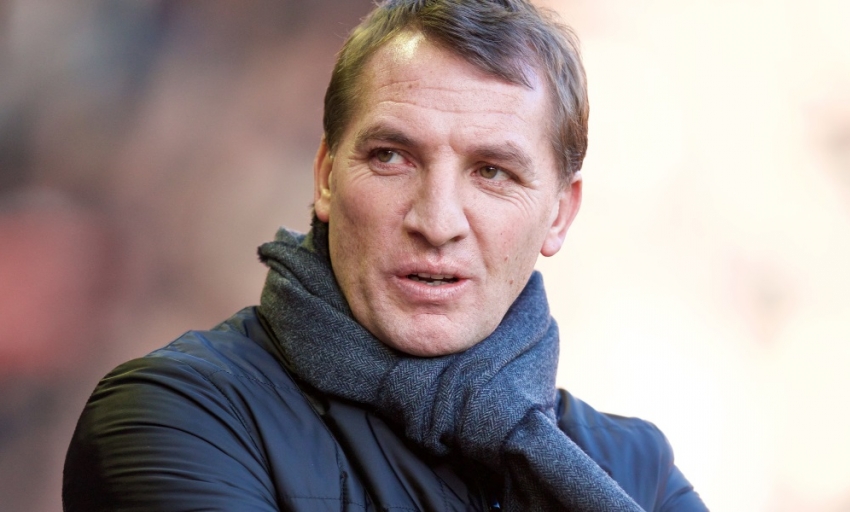 Henderson's mind as steely as his stare

Brendan Rodgers believes that if his Liverpool players can stay cool and composed at Goodison Park this evening, they will forge enough opportunities to win the 224th Merseyside derby.

The manager will take charge of his sixth clash against Everton as Reds boss today, and the Northern Irishman has seen enough from previous derbies to know that the atmosphere and intensity of the game will be nothing short of electric.

But Rodgers wants his players to strike a balance between possessing the will to battle the Blues and maintaining focus as they make the trip across Stanley Park.

He believes the Reds have shown in recent weeks they are capable of manoeuvring into goalscoring positions - and so he's calling on his players to apply the finishing touch and send Kopites home happy.

"Patience in the game will be vital," Rodgers told the Liverpool Echo. "Of course that ability to compete is always there in these type of games. But you have to have a clear mind.

"It's about playing with that calmness and composure. For us, we know we will create chances. We will have opportunities in the game and if we show a clinical edge we can get a positive result.

"We're looking very well balanced as a team defensively and that gives us great encouragement when we go forward. We go there with the belief we can score goals as we're creating plenty of chances."

Rodgers' first taste of Merseyside derby action was during the pulsating clash of October 2012, when both sides traded blows in a bid to gain supremacy and the Blues fought back from 2-0 down to seal a point.

A scoreless draw at Anfield followed, providing a rare respite from the typically frantic derby duels which fans are accustomed to, before the fixture swung back into action during the frenetic 3-3 draw at Goodison Park last season.

Liverpool were rampant in January 2014 when they thrashed Everton 4-0 in a stunning display, while this season, the Reds were dominant in September, only to be thwarted by a late strike from Phil Jagielka.

"I've really enjoyed these games during my time here," Rodgers said. "Obviously, the two previous times we've been to Goodison we've been very unfortunate not to have come away with three points.

"We had a last minute goal disallowed in my first season and we had opportunities to win the 3-3 game last season. At Anfield earlier this season we were clearly the better team. We would have won but for a wonder strike right at the end.

"Everton, like ourselves, had a difficult first half of the season but they had a good result against Crystal Palace which arrested their winless run.

"It will be a tough game but we arrive into this game with a real high level of confidence. The derbies are always exciting and Saturday will be no different. This is a really exciting period for us.

"The win at Bolton this week typified the spirit and character in this team. We're now at the stage where we go into every game expecting to win."