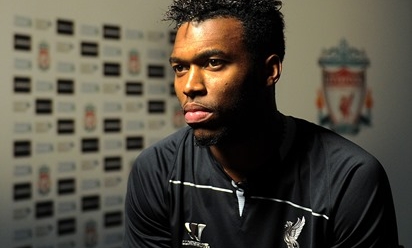 Daniel Sturridge today explained why he believes he will return a stronger individual after five months on the sidelines – and admitted: 'I can't wait to get back out there.'

In his first interview since returning to Melwood following a spell in the United States to continue his rehabilitation programme, the 25-year-old admitted he is relishing the prospect of resuming action in the coming weeks.

Sturridge has not figured for the Reds since August 31 due to successive injury problems, but is closing in on a comeback having recently returned to training with his teammates.

The England forward admits fans will need to afford him a degree of patience as he eases his way back into the fold, but is steadfast in his determination to help play a part in ensuring a successful end to 2014-15 for Liverpool and beyond.

LFCTV GO subscribers can watch our interview with Sturridge in full by clicking play on the embedded video below. Need to sign up? Click here.

Alternatively, you can read a full transcript of the chat with the No.15 underneath the video.

Daniel, it's great to see you back at Melwood. Firstly, how are you feeling at the moment, both physically and mentally?

I'm feeling great, looking forward to getting back into action and helping my teammates.

We know you've recently returned from a period in the United States. How useful was that for your rehabilitation?

What kind of work were you doing out there in America?

It was similar to stuff I would do here with the team at Liverpool and it was no detriment to them, it was just a change of environment and it was important for me, mentally, to get away. The staff at Liverpool are top-class, but over there it was a case of being in a different environment with weather and a different team of people which enabled me to improve in every way, shape and form. I am happy with how it went.

Just a word on the Liverpool staff you mentioned there - how important have Glen Driscoll and the other members of the sports science team been in your rehabilitation?

They've been very important, very helpful and I am grateful to everyone that has helped me along the way. It's been a great time for me, in fact, for the mental side of the game and I am grateful to God for all I have been through. Everything happens for a reason and it doesn't put me down at all - I am still the same me, and I am happy and raring to go. 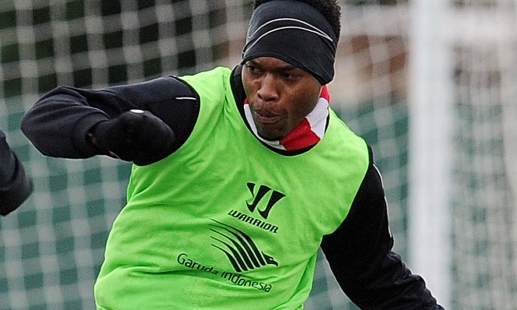 You say it's been a good time for you mentally - do you think you're a stronger person having been through something like this?

Yes, for sure. It just allows you to enjoy the moments that you don't enjoy when you're playing. You have successful moments, but you don't realise that you have to enjoy it. I am very hard on myself a lot of the time, so even if I have played well I am still looking at the bad points. It gives you time to assess things and time to assess what you need to do to get to where you want to be in life.

You've had to watch your teammates play for almost five months without you...how have you found that? What kind of watcher are you?

I'm not very good, I don't like watching too much but I had to. I watched every single match when I was in the States - I was getting up early doors in the morning, so sometimes it'd be 4am depending on where I was and what time the game was. I'd get up early and it was important for me to see how we played, the formations and the style of the new players. It was a great time for me to just kind of see things from the outside looking in. Usually when you're involved you're in a bubble and you don't see what is going on, so it's been great for me to see everything.

Has that been helpful? Taking a step back, you've seen this new formation, the way the team are playing at the moment...will that help you coming back in?

I think it will have helped me in terms of watching the team and seeing things that I need to do to add to the team's dimensions. We've been playing very well and I am excited - I am excited for the future.

How important have your teammates and the manager been over the last few months? What kind of messages have they been sending you while you've been out?

It's been positive things, really. I've been away and I've kept my head down, but I've kept in contact with everyone. It was important for me to get away and just do what I needed to do, watch from afar and see my teammates and how well they were playing. It's been an important period for myself, but I am looking forward to the future and everything from now going forward is hopefully going to be positive.

You're a very determined and ambitious person, but has taking that step away maybe made you that little bit hungrier to achieve things here at Liverpool?

I am always hungry - and I am not talking about food! I am desperate for success and these moments are ones that open your eyes to what you need to do in life and what you need to do for your career. I am grateful for what I have been through even though a lot of people look at it and say 'he's been unlucky'. But these things happen for a reason and everyone goes through certain situations. I am just desperate for success right now and I can't wait to get back out there on the pitch.

You're back here at Melwood, you're closing in on a return, Liverpool fans are very excited about your comeback, but how important is it everyone retains a little bit of patience with you?

Everyone has got to be patient. I am just going to give my best, give 100 per cent on the pitch - I always do - and I won't hold back from anything. I take responsibility for my performances on the pitch and I look forward to getting back out there. I can't wait to start playing again - that's what I have been waiting for and working hard in rehab for. I am looking forward to that now.

We won't know until an hour before kick-off whether you will be involved against West Ham on Saturday, but when it comes to making your return and you're crossing that white line again, how do you think you'll be feeling?

I don't know. I'll be excited, I'm sure I will. It's a moment I've been waiting for for a long time and I've missed playing, so I will be excited whether it's this weekend, or the game after that or beyond that. Whenever it is, whenever the manager decides to choose me to have some involvement, I'll be raring to go. I've been champing at the bit, as they say! I'm ready now - it's been a long time coming, but I am happy with how everything has gone and I am looking forward to it.

No, the first was away at Mansfield so I doubt it's going to feel like that! It's going to be a great time and I am sure everyone is going to be as happy as I am, hopefully, in terms of me being back out there. It's been important for me to be working hard, continue doing what I have been doing and I have got to this point where I am very close. I hope people will be patient, but I know what I need to do and I am as hungry for success just as much as everyone else wants to be successful. 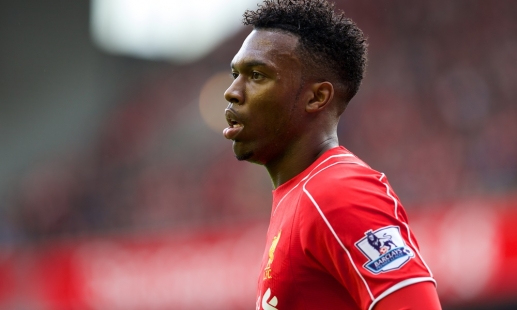 On the fans and the support they've given you in person, at the game and on social media, how important have they been in helping you keep your spirits up?

Very important. I have run competitions for them and given tickets out to numerous fans, run shirt competitions and little things like that just to try to repay them - but it is very hard to do that. Hopefully I will be able to repay them in performances and helping the team have some success and win silverware over the years. I committed my future to the club when I signed a contract in October, so I have got a few years here to try to repay them. This season and the period I've been out will be a distant memory and I am looking forward to hopefully an injury-free end to the season then going into next season, as well as having some success whether it's this season or next. That'd be perfect for me.

You're coming back into the team at a good time. They've played very well over the last couple of months. It's certainly a positive, exciting period...

Yes, it is - very exciting. The lads have shown great character and it's been a defining few weeks for us in terms of performances. We were very unlucky in the Capital One Cup, but obviously it wasn't meant to be. We will learn from that and it will be big for everyone's future. We've got a very young squad - people don't realise how young our squad is. I am looking forward to maturing with everyone as a group and hopefully we can all stay together. Obviously the leader and the figurehead, Stevie, will be moving on but everyone is going to be like a sponge trying to take all the experience and the leadership that we can learn from him because he is a very hard person to replace. I am sure people will step up and will look to bring some success to the future of the club, just like he has done in the past.