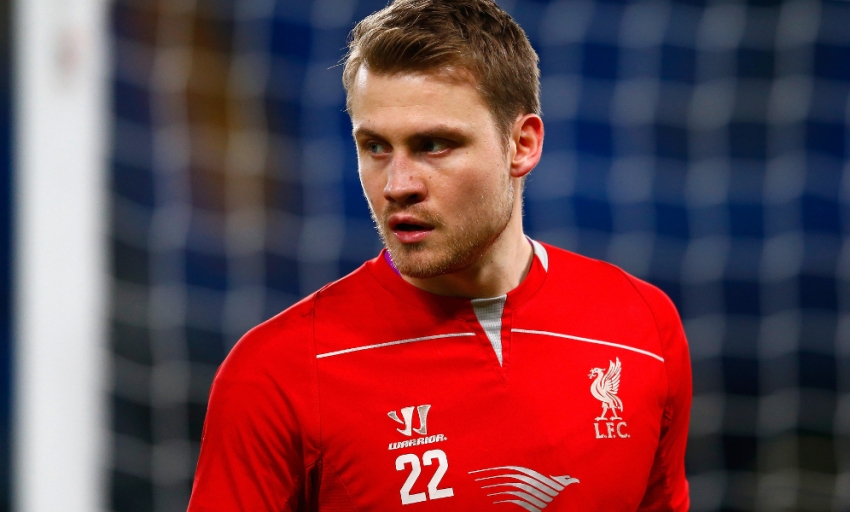 Brendan Rodgers has praised Simon Mignolet's recent displays for Liverpool, crediting a short spell on the sidelines as the key reason behind the goalkeeper's improved form.

Mignolet was taken out of the starting XI for the game against Manchester United in mid-December, bringing a run of 93 consecutive Barclays Premier League starts to a close at Old Trafford.

Injury to Brad Jones during the Boxing Day clash with Burnley presented Mignolet with a chance to don the gloves once again and Rodgers believes the Belgian has seized his opportunity with relish.

"I think Simon has shown the benefits of having a little bit of time out," Rodgers told reporters as he previewed the Reds' clash with West Ham United at Anfield on Saturday.

"I think he looks like a different goalkeeper. It's difficult because when you're playing all the time and you're preparing, sometimes you won't get that chance to reflect on your performance.

"Of course, nowadays, if you take a player out, whether it's through rest or through trying to look after the player and allowing him to develop, [people will say] he's been 'dropped'. And that's not always the case.

"Simon's spell out of the team was to just take a step back, to analyse his performance, to see areas in which he could improve and clear his mind, knowing that he was going to get the opportunity to go again."

He added: "When he's come back into the team, he's been very clear and shown why we brought him here. He's a wonderful shot-stopper. He's starting to be more aggressive now with crosses.

"He's probably just thinking less, and doing what he does naturally, which is be a top-class goalkeeper. He's really starting to show the form as to why we brought him here and I'm delighted for him because he works really hard at his game."

Liverpool have conceded six goals in their nine games since Mignolet's return at Turf Moor - and the manager believes the Reds' recent solidity at the back is down to a collective improvement across the defensive ranks.

"We've shown great resilience," said the manager. "We always want to be really hard to play against, from a defensive pint of view, and then create chances and score goals with the ball. I think our defending as a team has been very, very good.

"That's been key for us in this last 16 or 17 games and the run that we've been on. It's very important that you can defend as a team. It's been impressive how resilient and the character the players have showed. Their tactical organisation as well. It's been very pleasing."