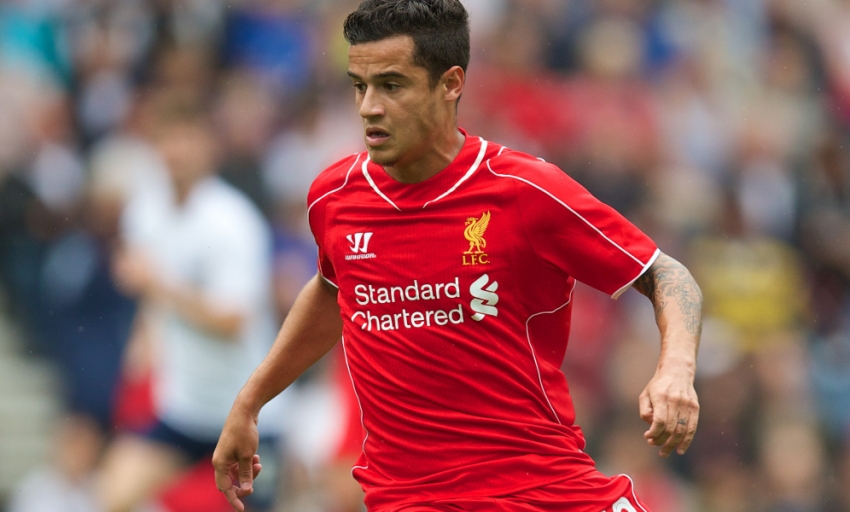 He may have been in impressive form over recent weeks, but Philippe Coutinho has revealed he's been staying behind at Melwood to work on improving his game.

The playmaker has excelled for Liverpool since moving centrally in a 3-4-3 formation, but feels he can still serve up more in a red shirt.

Specifically, Coutinho, who went close to hitting the back of the net against Chelsea on Tuesday night, has set his sights on adding more goals to his game - and has been taking additional training sessions to help him achieve it.

He told Liverpoolfc.com: "There are always so many things to improve. I've been working on assisting my teammates even further and improving my goal tally as I understand this as being part of my role. I expect to do better on this.

"In training, I've been working with our coaches on specific tasks to better my final touch.

"Whenever possible, I have post-training sessions to work on improving my shooting accuracy."

Also key to Coutinho's plan to improve has been some homework which has seen him viewing tapes of his own performances, as well as those of Brazilian legend Ronaldinho.

"I wouldn't say I've been 'studying'," he smiles. "I like watching football games as much as everyone else does. I've always enjoyed seeing Ronaldinho play and I watch videos of him to take as an inspiration.

"I sometimes also watch videos of myself to see what I have done well and what I could have done better."

So influential has Coutinho been to Liverpool's upturn in form, Brendan Rodgers recently described the No.10 as a 'class act'.

As typically modest as ever, however, the unassuming 22-year-old is reluctant to discuss his own individual displays, preferring to pay tribute to his teammates.

"I'm feeling very happy because the team have been playing well again," said Coutinho. "This is so important as everyone does better individually when we are doing well as a team.

"We're constantly looking to improve and, as I said, I for one know I have to improve a few things. I want to be a player who will score goals more often.

"We're in a good shape at the moment and we'll have a few opportunities to test that in all games and competitions we have ahead of us."