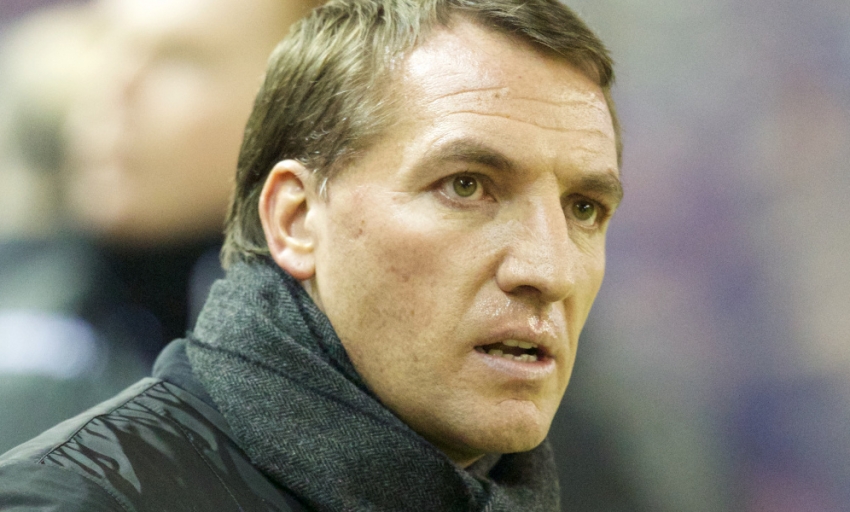 Brendan Rodgers was left to rue a lack of cutting edge in front of goal from his Liverpool players, but insisted he will relish a replay against Bolton Wanderers after the teams played out a 0-0 draw on Saturday.

Rodgers' side dominated the FA Cup fourth-round clash against Neil Lennon's outfit and the Reds went increasingly closer to breaking the deadlock as the clock ticked down at Anfield.

However, Bolton, who have prospered from Lennon's appointment in October last year and are one of the Championship's in-form sides, remained resolute in order to force a replay in just over a week's time.

Adam Bogdan, the opposition's goalkeeper, was arguably the best player on the pitch as efforts rained down on his goal - and afterwards, Rodgers called for his players to be more ruthless in the final third of the pitch.

"We did everything but put the ball in the back of the net," the Northern Irishman told reporters following the final whistle. "Creative-wise we were excellent and we were defensively solid against a good team.

"Neil makes them very difficult to beat. We worked the spaces really well. With a bit of luck and the ball dropping for us and maybe better finishing we would have won the game. But we didn't. We kept a clean sheet and it was a good performance, but we just didn't get the goal.

"Of course you want to go through, but we're still in the hat. It's a beautiful pitch at Bolton and that will be good for us. We have players coming back from injury and it's an opportunity for them to play and for us to do well in the competition. We're still in the hat, which is the most important thing and we'll see that game as a very important game.

"We have a squad of players here that allows us to rotate and change and hopefully keep the consistency at the same time. The team is playing well at the moment, so when it's like that, everyone wants to play in the team."

Raheem Sterling led the line once again for the Reds until Fabio Borini was introduced, whereby the youngster shifted to a wide role - and Rodgers believes the No.31 has the fitness to continue his high-intensity displays throughout a busy forthcoming schedule.

"He's a young player who is better in a rhythm," said the manager. "I've mentioned it before. Sometimes if you take him out of games and bring him off the bench, sometimes you lose a little bit.

"You see a number of top players are like that. They want to play and they are conditioned to play and he's that type. He was strong today again. He was a real threat on the ball. He played in a number of conditions and did very well. So he'll be fine, fit and fresh for Tuesday."

Meanwhile, Rodgers confirmed Mario Balotelli is available for selection again after illness and was not left out of Liverpool's matchday squad due to injury.

The boss revealed he has spoken with the No.45 about what is required for him to regain a place in the Reds line-up.

The manager explained: "He was not selected. It's tough for Mario because the team is doing very well and he has probably seen the real Liverpool over these last six or seven weeks and understands now what is required to get into the team.

"I'm judging it every day in training. Mario is exactly the same as every other player, there's no special treatment for anyone.

"Fabio Borini and Rickie Lambert are working tirelessly in training and when they go on, they've contributed. Other players have been fantastic, some of our young players on the bench - young Jordan Rossiter - have been brilliant in training. I have to judge it on that.

"I've had a good chat with Mario, he knows exactly what is required to be in this squad before he can be in the team.

"We spent about an hour or so yesterday chatting and he understands where it's at. He was out for a week or so because he wasn't well and wasn't available for selection. It is difficult for him, but he knows now the level this team is at.

"We've made a change structurally in the team for the pressing and creativity to come back. He is a player that will work very hard now to get back in, but it doesn't matter who the player is or what he was bought for, this is a collective that is about the team and if you want to contribute then you have to be at it every single day in training in order to be in the squad on matchday.

"He was fully understanding. He saw the level of our performance against Chelsea and in fairness to him he actually said it was probably a struggle for him in terms of how he would play the game because he's naturally been a box player. There is much more asked at this team and in the intensity of the team. He saw it clearly on the field the other night and in the last six, seven weeks or so.

"I am confident he will respond."