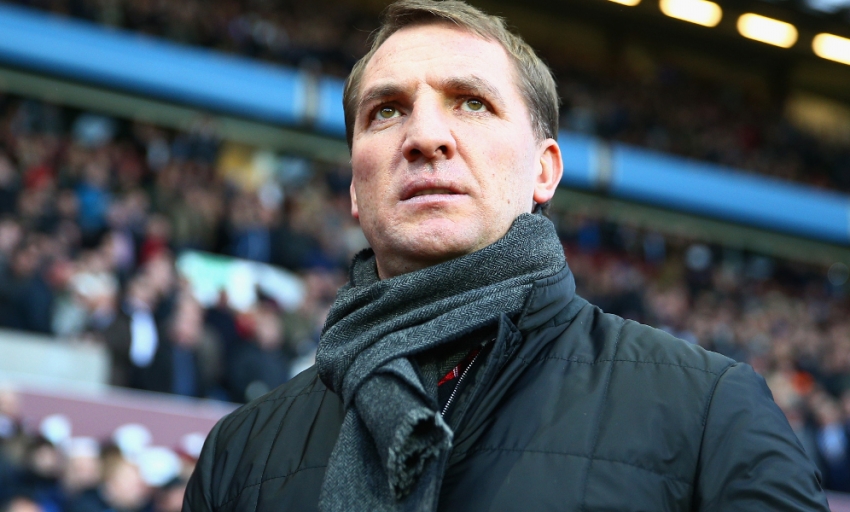 Liverpool extended their unbeaten run to eight games by defeating Aston Villa 2-0 on Saturday and Brendan Rodgers insisted after the match that there is plenty of improvement still ahead.

Fabio Borini latched onto a sublime cross by Jordan Henderson - captain for the day in the absence of Steven Gerrard - to send an opener into the net on 24 minutes at Villa Park.

The Reds weathered a period of intense pressure from the hosts following the interval and, having successfully seen off the attacks of Paul Lambert's team, struck the settler.

It arrived from the boot of substitute Rickie Lambert, the No.9 taking control 20 yards from goal and dispatching a precise low finish beyond the reach of Brad Guzan into the corner.

Today's positive outcome maintained Liverpool's upward trajectory, and Rodgers is confident his side can produce even more in the chase for a Champions League qualification spot.

"We have regained our identity in how the team has played for two years," the Northern Irishman told reporters at his post-match press conference inside Villa's ground.

"It is fair to say that in the opening four months or so of the season we were just nowhere near what we have been. We needed to find a solution to that.

"We changed the system for [the Manchester United game] and even though we lost the game, I saw enough in our play and the dynamic of the team to show that it could be a way for us going forward.

"There has been a lot of hard work, the players have got confidence now in the way of working and they have been performing very, very well.

"You will always be looking to improve, no matter how well you are doing. It's the challenge when you work with young players; you saw the youthfulness in the team today.

"There's a lot of improvement left in this team and group. But we're building towards the future here at the club. We have been progressing very well.

"We obviously had a bump in the road in the early part of the season. But in this period, the team is performing at a good level - defensively strong and playing some wonderful football. It's pleasing, but we have to keep improving."

The Reds' 10th Barclays Premier League victory of the campaign ensured they remained in touch with the rivals battling for a position among the division's top four.

Rodgers said on the subject: "If we can get through to the end of January and be near it then, like we showed last year, we can put a run together that can see us in there.

"It's still the objective and we'll keep working - we still have improvements to make. It's a really young and exciting team, you saw today some of the football we played.

"We maybe could have had one or two more goals. It was a tough game and we have seen it through, so we'll just keep working well."

One player to catch the eye of the manager and subsequently have his display highlighted in the post-match press conference was Simon Mignolet.

The goalkeeper produced a commanding performance, which included a stunning second-half save to thwart Christian Benteke from close range - and the boss was enthused by what he witnessed from his No.22.

"I thought Simon was outstanding today," he continued. "He wasn't overly worked, but I felt he made two great saves when called upon.

"What was really pleasing was how dominant he was. They made a flat delivery into the box set up for Benteke, who is nearly unstoppable in the air when he is going and challenging for the ball.

"But I thought Simon came for a number of crosses, got contact on the ball very well and was really calm and composed - he wasn't flustered.

"When called upon, he made two very good saves - one outstanding save. The team as a whole defended very, very well, but I was particularly pleased for him because he's had a bit of stick. He was excellent today."

Liverpool once again utilised the 3-4-3 formation that has been the foundation for their undefeated streak.

However, with Daniel Sturridge edging closer to a return to action, Rodgers was quizzed on whether that system will continue to be deployed even when the England international is available once more.

He replied: "The system is working very well for us. The most important thing is the style. The system can be whatever - in my time here, we've played a lot of different systems.

"This is an exciting system because it gets a lot of your technical players into the team, gives you domination centrally, gives you the extra body from behind to build the game and gives you good positions on the outside to keep the ball and penetrate. The players we bring in are footballers, so Daniel could easily fit into that.

"Look at Emre Can today, what a wonderful player he is. He's a central midfield player, but his composure, calmness and strength a number of times against Benteke was impressive.

"The most important thing for me is the identity and style of the team - that's very much come back and the system may change or may not."